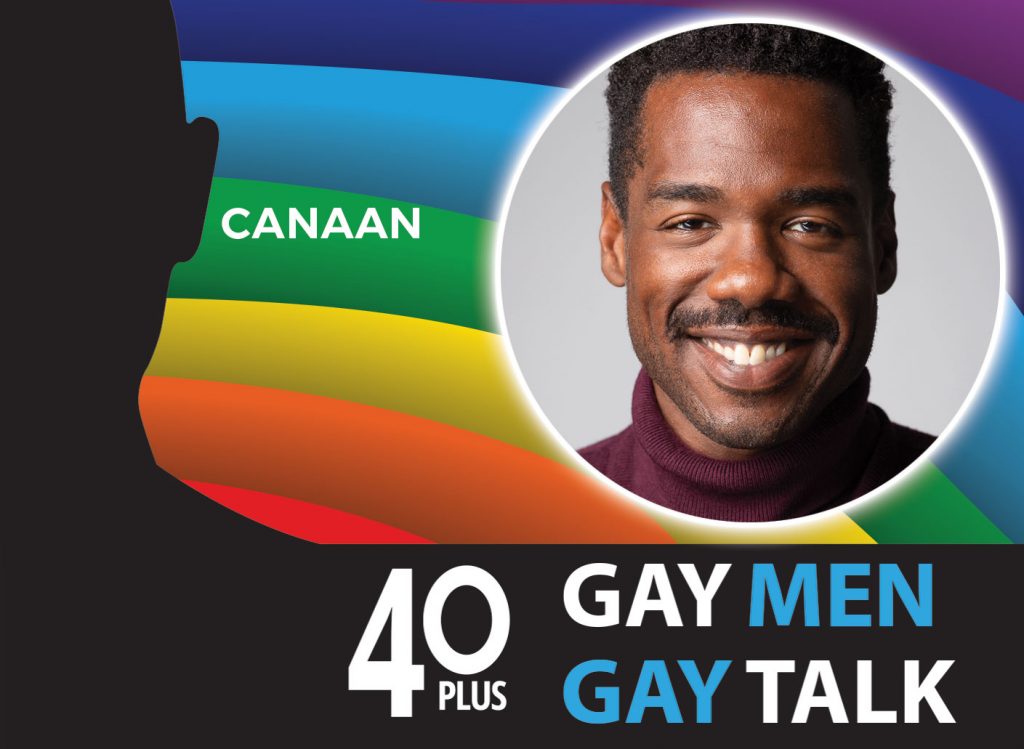 Canaan is an actor and artist from Essex County, New Jersey. He is best known for his award winning role in the short film ‘Last Tonight,’ as well as appearances in ‘Chirp, Buzz, and Other Sensations,’ and ‘The Education of a Negro.’ Through his work, Canaan seeks to defy stereotypes associated with gay, black men, creating thought-provoking work and starting important conversations.

In addition to his work as an actor, he is involved in several other artistic pursuits, including writing and directing, podcasting, and photography. He resides in West Los Angeles with his husband.

Join the 40 Plus Men’s Circle. Learn about about – Click Here!