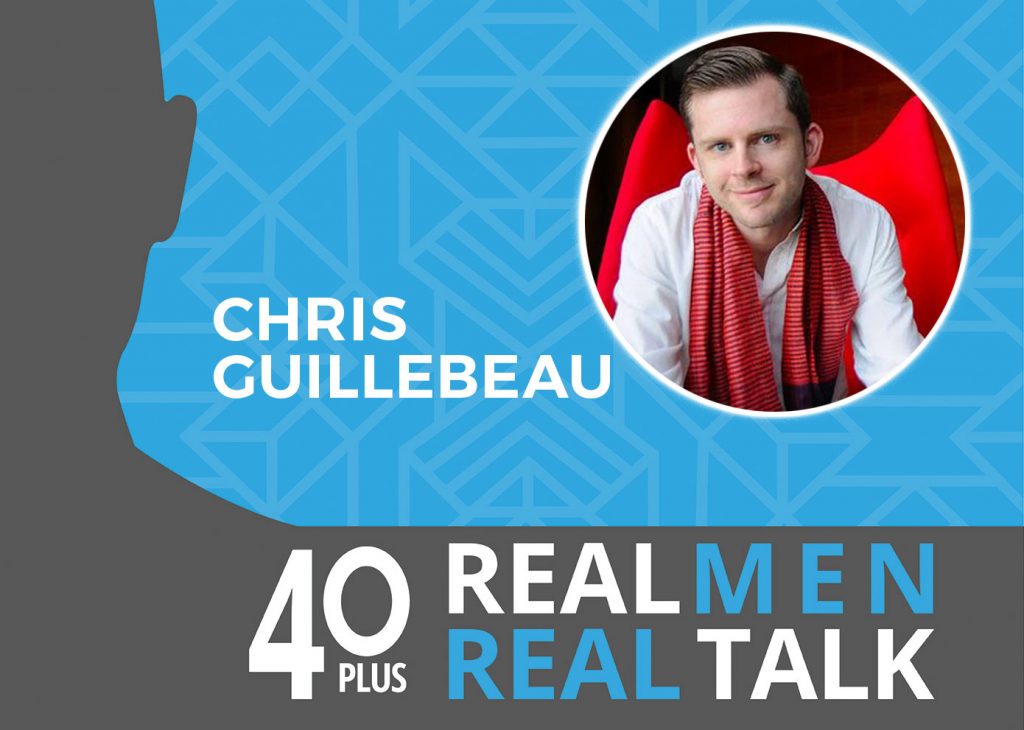 God I can’t believe I’m aging and turning 30, 40, 50, 100! Yeah it happens guys and I know you know that is true, but what happens when it hits you like a ton of bricks? I know, because I’ve experienced it and it wasn’t pretty. Nor was it pretty for my buddy Chris!

At 40 he had his awakening. It was his OMG moment when he went deep inside and thought, what’s next? Now, for a guy who is a New York Times Best Selling Author, one of only a handful of people to have traveled to every country in the world, and a man who dominates his world every year with his sold out event – World Domination Summit – you might be scratching your head and wondering…”What does this guy have to worry about aging for? He’s got it all going on!” Well looks can be deceiving and he’s going raw and real about his crisis of aging.

During a lifetime of self-employment that included a four-year commitment as a volunteer executive in West Africa, he visited every country in the world (193 in total) before his 35th birthday. Since then he has modeled the proven definition of an entrepreneur: “Someone who will work 24 hours a day for themselves to avoid working one hour a day for someone else.”

Chris’s first book, The Art of Non-Conformity, was translated into more than twenty languages. His second book, The $100 Startup, was a New York Times and Wall Street Journal bestseller, selling more than 500,000 copies worldwide. His third book, The Happiness of Pursuit, was published in September 2014 and was also a New York Times bestseller. His fourth book, Born for This, will help you find the work you were meant to do. His newest book, Side Hustle, will help you create a new source of income in 27 days.

His daily podcast, Side Hustle School, is downloaded more than 2 million times a month.

Every summer in Portland, Oregon, Chris hosts the World Domination Summit, a gathering of creative, remarkable people with thousands in attendance. Chris is also the founder of Pioneer Nation, Unconventional Guides, the Travel Hacking Cartel, and numerous other projects.

Take the 10 Reasons You’re Not Making Your Bold Move Quiz and stop playing it safe. Grab it here at rickclemons.com/10reasons

For a real, deep-dive, one-to-one coaching session where we make things happen to get you out of your own way, check out my Fear Busting Discovery Session that comes with a real, no questions asked, money-back guarantee. Check it out at rickclemons.com/discovery-session