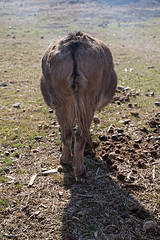 If you’re not gay, lesbian, transgender, bi-sexual, you’re still welcome to read this.

Just because the first words are “Come Out,” doesn’t mean you have to say, “Screw you, I’m out of here!”

In fact, that’s one of the biggest conflicts that arise when someone COMES OUT! One of two things often happens…

a) The recipient of the news can’t handle the truth of someone coming out and they say, “F#@$* You,” and leave the relationship

b) The person delivering the news, can’t handle the fact that the person they just told can’t accept them and they in turn, say, “F#@$* You,” and leave the relationship!

Either way, it’s a lose, lose scenario. Great relationships get shattered. So now let’s take it out of the context of COMING OUT about sexuality. Have you ever said “F#@$* You,” because someone comes out and…

Yet in the grand landscape of life, maybe their COMING OUT, is simply a message for you to learn to be more embracing, accepting, and non-judgmental. Of course it could also be the soap in the mouth to teach you to stop saying, “F#@$* You.”

So what if the next time someone COMES OUT to you and you just said, even silently in your own mind, “Today I choose to listen, and not react!” Maybe that would make for a really, really, good weekend.