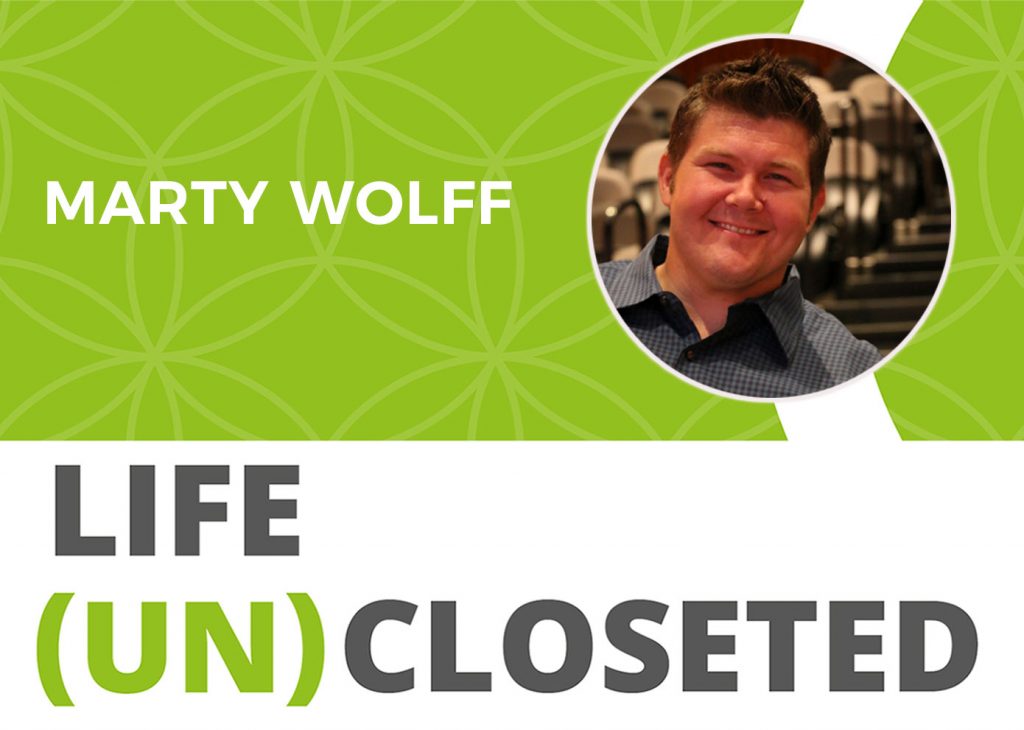 Eating healthy, exercise, being fit. One way to look at life. Or, you can see it as another damn diet, exercise that you hate, and “I’m never going to be fit, so why bother?” Welcome the closet of personal well-being and the battle of the bulge. It’s one deep scary place that most of face at some point in our lives…uncloseting ourselves to be our healthiest self. But how do you find the way to uncloset yourself from the clutches of the latest health and fitness craze? How you escape the voice saying, “You’re a loser,” so you can become a winner.

Coming out of the closet today is former Biggest Loser contestant, Marty Wolff to share his roller coaster journey out of the closet of weight gain and loss, and sharing what he’s learned about where it all starts…with yourself at square one.

* The outside of Marty was communicating something to the world…
* Be different, buck the trend and just do it
* A treadmill doesn’t change your mindset!
* Hear what really happens to a big person when he or she is bullied
* This guest’s story is really one of a clash of identities

From birth, when his doctor affectionately called him “big-boned”, Marty’s battle with the bulge officially began. As a “chunky” kid, Marty enjoyed playing sports and being an all-around class clown. Marty heard his fair share of ridicule about his weight growing up. Like a rain cloud that followed him around, his weight problem plagued his confidence and self-worth. He eventually adopted an “If you can’t beat it… Celebrate it!” mentality regarding his weight. As a defense mechanism Marty “celebrated” his obesity and bought into the belief that he was supposed to be fat. By high school his weight impacted his love of sports and he quit playing sports due to his weight, but his “class clown” persona took him right into theatre arts. Owning his big guy identity to its fullest, Marty drove around with IM FAT license plates and was known by his peers as the “goofy fat guy.” By the end of High School he was the lead in several plays and heading to college to be a high school teacher.

In 2006 Marty was selected to participate in the weight loss reality series on NBC, “The Biggest Loser.” After his eight-month journey on the show, Marty found himself 146 pounds lighter and in love with fellow contestant, Amy. The married couple no live in Omaha with their 2 sons, Blaine and Jimmy. Marty has taken his experiences from “The Biggest Loser” and created a new health club concept called Square One, for people in Omaha who, like him, live with weight related struggles. It is Marty’s mission to build national awareness of the specialized needs for People of Size.