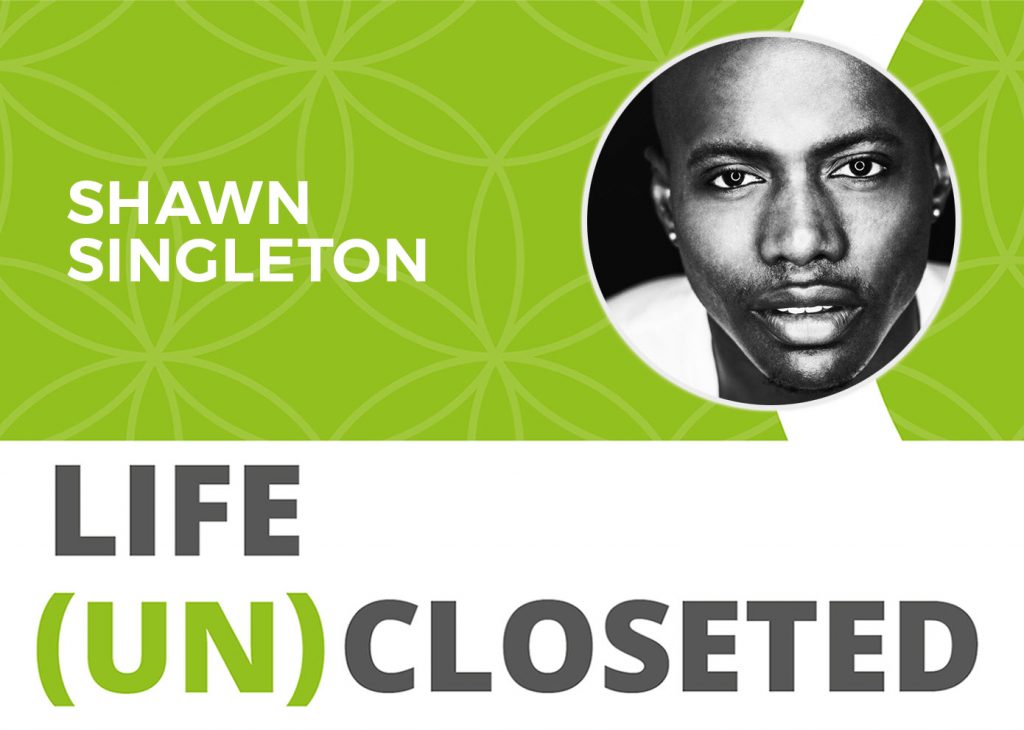 This ain’t no fiction. It’s actually pretty damn truthful. Gay men, too often put themselves in a closet of only being attracted to the outside appearance and don’t move past the person’s flaws to get the beautiful human. Ok, this is probably true for most humans – the surface is more appealing initially then what makes up the essence of the human. Yet, what is that thing that keeps people, especially gay men, from committing to something, or someone outside of their norm.

Shawn Singleton, star of the new gay comedy film, The Lady in the Locket, joins us today on life uncloseted to explore how his role has challenged his own norms, and given him the opportunity uncloset himself in a role that is for the most part, not who he is. It’s an interesting discussion about the color of love both inside and outside of the closet!

* Don’t count yourself out of love!
* We were all born into the world for this one thing…
* He’s not naturally the most out open person, but find out what acting has done for Shawn
* Always be learning about yourself, like this guest
* There’s a lot more to a person than their outside appearance

Shawn Singleton is an actor, known for Raye (2017) and The Lady in the Locket (2017). In Steven L. Coard’s new film, The Lady in the Locket, Shawn plays Qeescey Green, who is dumped by his male lover, Travis (played by Coard), on his 35th birthday.  Distraught and fed up, Qeescey makes a birthday wish that he never falls in love again. Later that day, a mysterious box appears at his doorstep.  Inside is a locket. Once Qeescey takes hold of the locket, he is transported into it where he meets Lareema, the Lady in the Locket (played by TS Madison), who gives Qeescey a test of love.

The film provocatively points a loving finger at black gay men who are over 35 and still single, who have become jaded at the idea and prospect of finding true love, purely because they choose to be only attracted to the outside appearance of men and do not take the time to see past a person’s flaws.
The Lady in the Locket is out in release now.