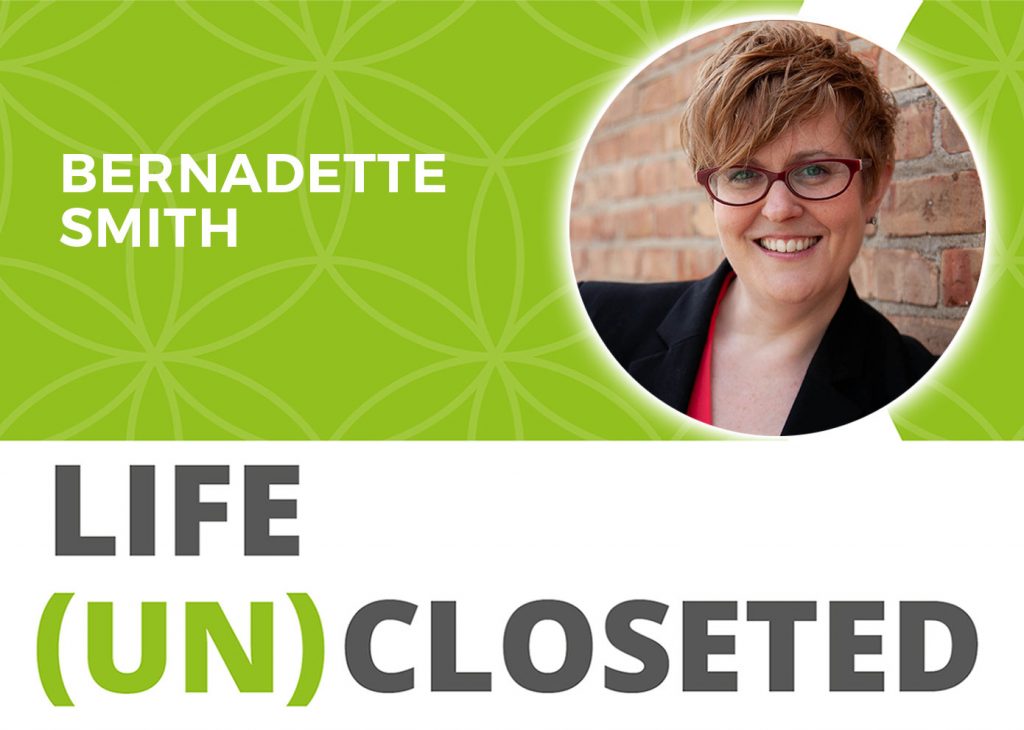 At the height of the gay marriage battle, she discovered her calling – being a gay wedding planner. Then suddenly a series of incidents found her explaining to the wedding industry what they needed to know to work with gay couples as they planned their big gay weddings. From that momentum, Bernadette Smith, Founder and President of The Equality Institute knew she was coming out of the closet to have an impact in the world helping change behaviors in the workplace towards LGBTQ other other marginalized populations.

Today she shares insights, tips, and honest answers about why diversity and inclusion is everyone’s responsibility.

Bernadette Smith is founder and president of Equality Institute, and award-winning author of three books.

In 2004, Bernadette started 14 Stories, an award-winning wedding planning firm with an LGBTQ specialty. Her vision was to disrupt the heteronormative wedding industry with a vision of inclusion of all couples. Several years later, she took this passion and started to share her expertise with her peers in the global wedding and travel industry. Her business naturally evolved as she received questions on LGBTQ concerns for the front desk, concierge and other front line staff. Bernadette has since expanded her training offerings and now consults with finance, airlines, insurance, health care and many other industries. Bernadette and her colleagues have consulted with and trained thousands of people from more than 24 countries on LGBTQ issues.

Clients have included Alaska Airlines, Grant Thornton, Hard Rock, MGM Resorts, Melia Hotels, Marriott Hotels, and Ritz-Carlton brands. She has spoken at conferences such as the World Education Congress, Catersource, the LGBTQ Marketing & Advertising Symposium, and many other events.

Bernadette’s expertise has been sought after by the Today Show, National Public Radio and the New York Times, among many others. In 2018 and 2019, she was named one of Crain Chicago Business’s Notable LGBTQ Executives.