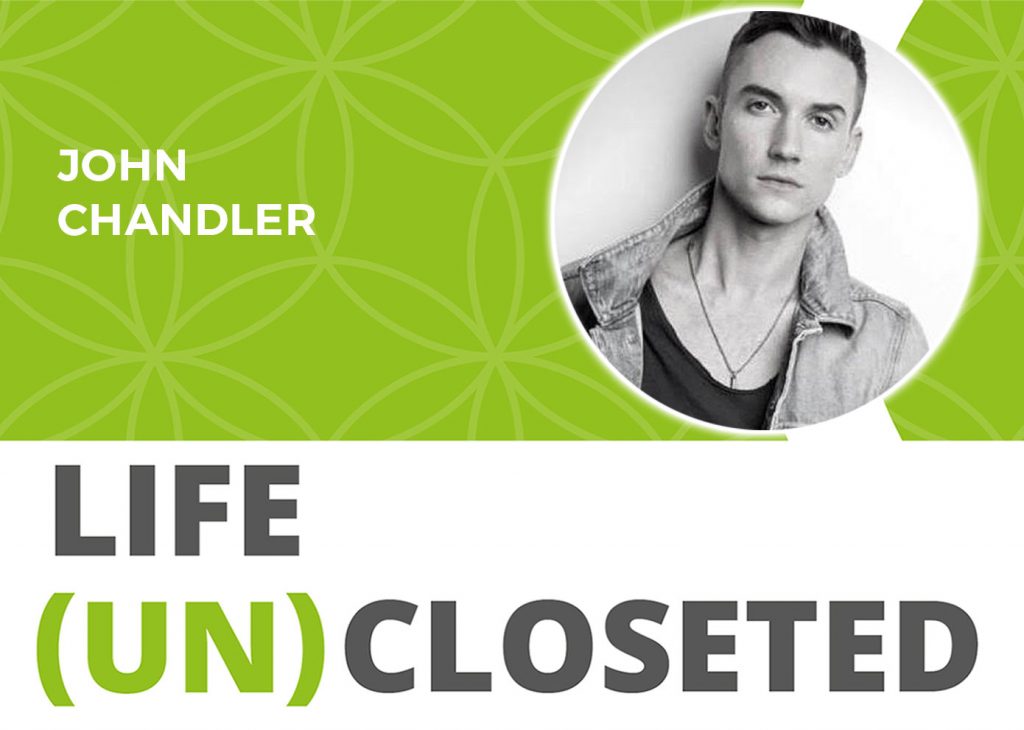 Imagine being courted by a big name music producer, diving into a boy band, and then being at the right place at the wrong time. Suddenly who you thought you’d be comes to a halt, but that halt provided you the insight to show up in your own life, doing music your way, and fully being you as you are meant to be. That’s exactly what signer, songwriter, John Chandler has lived and is living, beyond his dreams of success that somewhat crashed and burned early on his life.

He’s found his way out of the shadows and come out of “missing” so to speak, with his new song Missing. He provides a candid look inside the closets of his world as an gay man in the music business. He’s determined to step further out of his closets and fully into his world as a performer – no excuses, no fears, no apologies.

John Chandler is an LA-based former boy-bander (from Maurice Starr’s 6PIECE). He is out now with “Missing”, his gritty and soulful new track about rediscovering self. Check out the music video for “Missing” at https://youtu.be/_mf_5Kuw86c

Much of John’s recent struggles, he realizes today, stem from finding success as a teen. “Being discovered by Maurice Starr, the man behind New Kids on the Block and New Edition, in Atlanta, was a blessing and a curse.  On one hand it was amazing, opening for NSYNC on the Pop Odyssey Tour and sharing the stage with acts like Alicia Keys, Jagged Edge, and Trisha Yearwood. On the other, it gave me a false sense of how the world works. I thought dreams were just handed to you at 16, and then you lived happily ever after.”