479: Coming Out To Be A One Arm Wonder – Nick Gatto - Rick Clemons Skip to content 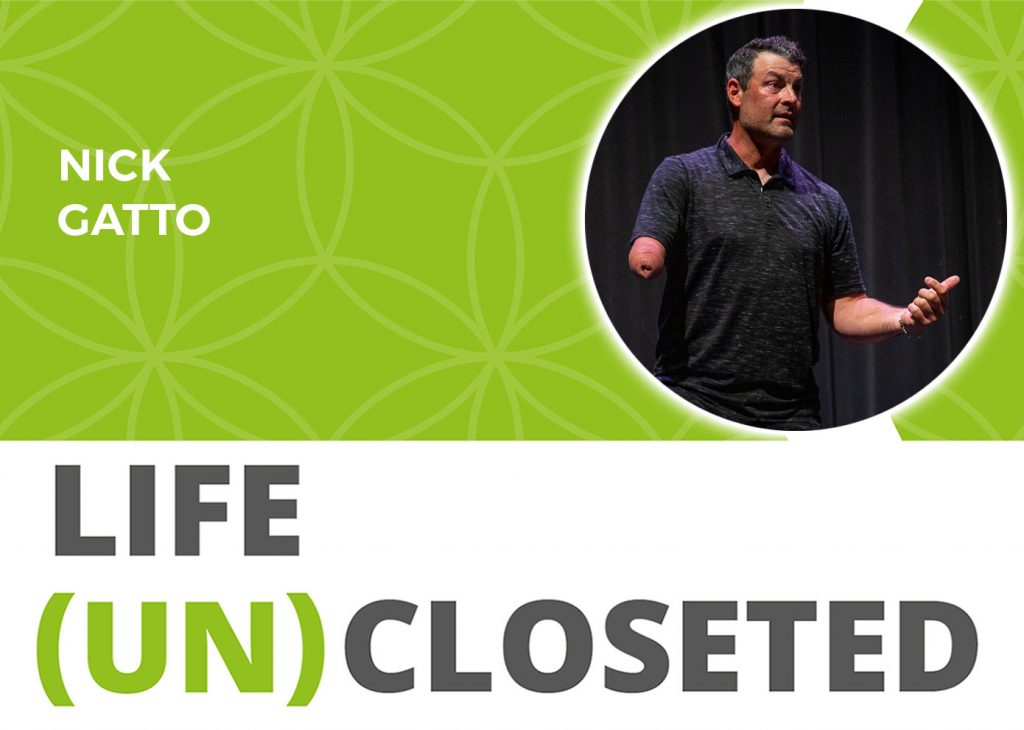 Never tell a man with one arm he can’t do something! Just ask Nick Gatto. From birth he only had one arm. Then, as he grew up he developed a stutter. Most people would have said, “Screw this, life just sucks!” But not him, he came out of the closet with his challenges/disabilities and became a world class kicker…literally, but you’ll have to listen to the podcast to learn how this guy became very well known in the sports world, and even became a professional at tying shoes when his Dad told him “Tie your own shoes or no sports today. This is his coming out story.

Nick is an incredibly unique individual. Born with only one arm, Nick was forced to turn what many would call a handicap into an unforeseen opportunity. Nick grew up playing sports and was blessed with the opportunity to play football at both the collegiate and professional levels. He has been featured in many local and national publications and TV shows including USA Today, FOX SPORTS LIVE, ESPN, and The George Michael Sports Machine.

In 2004 he founded a kicking and punting school – 4th and 10 – where he now trains and works with specialists at all levels including NFL, NCAA, and High School. Over the years his clients began to ask questions regarding motivation, nutrition, and life skills.

In 2017 he decided to enroll and join the Institute of Integrative Nutrition earning his certification. Seeking further knowledge, Nick received additional certifications in nutrition through Precision Nutrition in 2019.