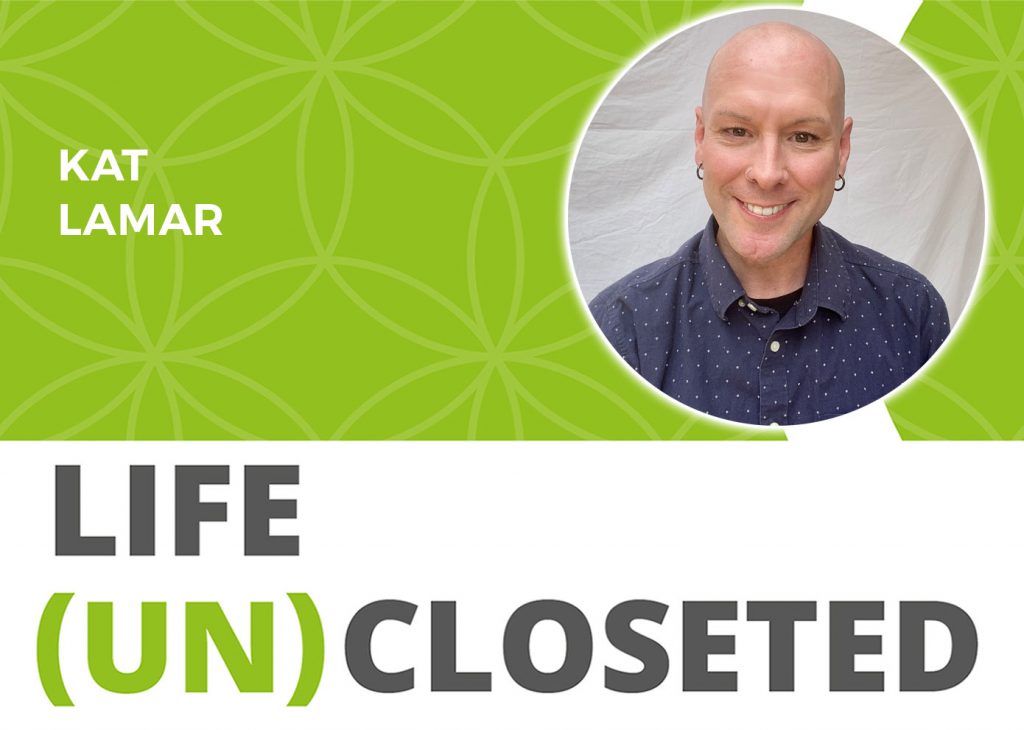 You’re a man, with a penis, but you enjoy dressing up as a woman. OMG, you must want to be transgender! Not exactly. Ok, so you want to do strange things to children in bathrooms by dressing up as a woman..HELL NO. Truth is, you are simply a man who likes men and women, and who one day you like presenting as a man, and the next day presenting as a woman, and you enjoy sex with both…Welcome to being gender fluid. Kat LaMar shares his, hers, their story on the life of being a genderfluid individual which actually has nothing to do with their sexual orientation, until it does. Let’s go explore gender fluidity.

I’m an AMAB (assigned male at birth) who identifies as genderfluid/non-binary.  Before I knew those words, I described myself as a “cross dresser.”  That term is now antiquated and does not reflect my gender identity.  I knew I was “different” at around 4 years old.  From then until my 20s, I struggled with all of the typical shame and self-hatred associated with feeling different.  I told no one. I did everything I could to get rid of it.  I was surrounded, as many of us were and are, by toxic masculinity.

I finally came out to someone at age 19.  From then, my circle of people who knew about me gradually grew bigger and bigger.  Still, I kept a list in my head of people who could never know.  I got married and had three kids.  They all knew and embraced it.  I was lucky.  For unrelated reasons, my wife and I separated in 2017.  It was then that I decided I didn’t want to have a “circle” of people who knew and a list of people who didn’t.  I decided to come out to the world, via social media, of course.  I credit a girlfriend I had at the time.  Although we only were together for about two months, she left me with one of the best pieces of wisdom I had ever heard: give those around you the change to love you as a queer person.  I’m very fortunate to be surrounded by so many people who love and embrace my authentic self-the authentic version of me who I hated and tried to get rid of for so long.

My sexual orientation follows a pretty similar arc.  I knew as a child that I liked girls.  But I also liked guys.  I had the same feelings of guilt and shame.  I hid it from everyone and tried to rid myself of it.  Eventually, there was a small circle of people who I told.   That circle got bigger and bigger, until there was no circle at all.  My wife, who was also bisexual, knew and embraced it.  I identify as pansexual and polyamorous.  Ironically, I’m not currently seeing anyone.
Living authentically is critical to living a happy and satisfying life.  There is nothing like it.