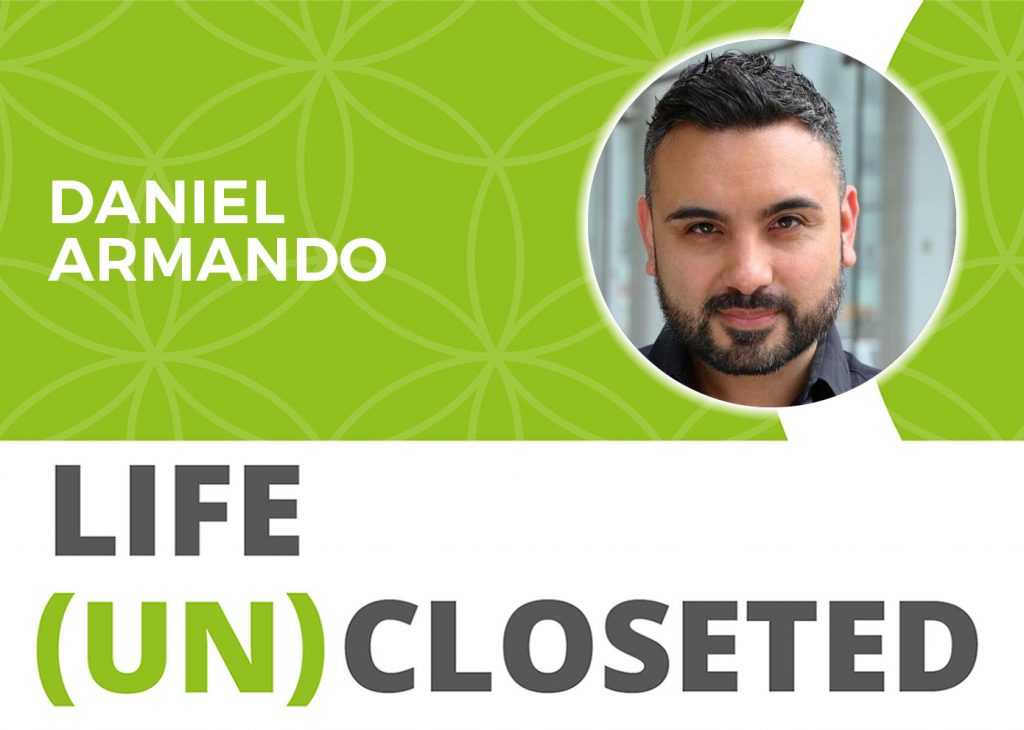 Race. There’s not a headline in the news today that deal with some form of race relations. But what happens when Race Play – a form of fetish play – goes awry? Many things that actually evoke feelings, insights, and characteristics that make you want to go “Hmmmm,” and wonder is this why America and possibly the world  is sliding backwards to some degrees in racial equality. Is it the human desire to be the master, purist race driven by sexual overtones? Is it simply carnal control? Or is it some sadistic nature coming out of the closet cloaked in the term Race Play, only to lead to eliminating any race other than white culture.

Former Guest and filmmaker, Daniel Armando bring this provocative and disturbing storyline to life. But are you brave enough to go explore the film? Today we talk, the gripping storyline that made Daniel question his own self, and the discomfort this art house Indie film brought upon him as an out Latino gay man. From fetish play to reality of moving beyond 50 Shades of Grey, we uncover the alluring and yet dangerous world that fetishes gone full detour can arouse, in all the wrong ways!

His first project, the short BOYS LIKE YOU, won him “Best Short” at the 2011 North Carolina Gay & Lesbian Film Festival. He was also the co-Executive Producer of the award-winning stageplay REFLECTIONS IN A DITCH (winner, Best Play, New York Theatre Festival). He is graduate of the American Musical & Dramatic Academy and as a performer starred in the international tour of FAME: THE MUSICAL.