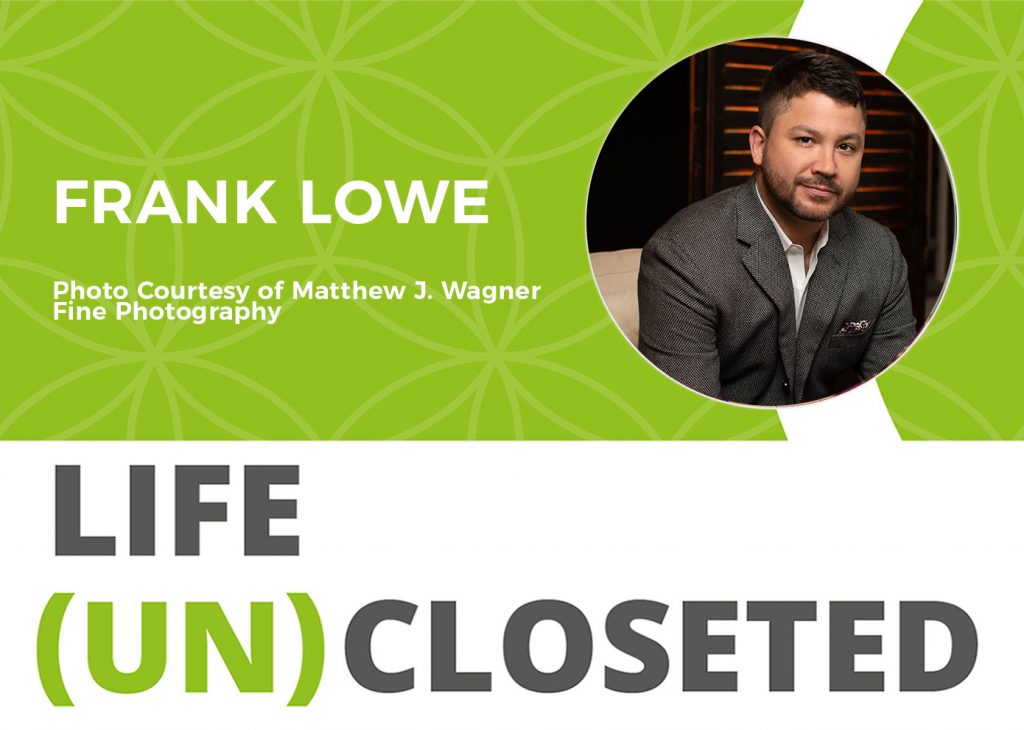 He makes a brand and a life out of being a Gay At Home Dad! And don’t ask which came first, the brand or the life, because trust me they happen simultaneously. But to get the real scoop, Frank Lowe – blogger, author, and proud Dad to an 8-year old that will be 21 before he knows it – drops in with us to share his Life Uncloseted and some of the big bold moves he’s made to be a single (available) gay dad on the planet! It’s the perfect way to make way for Fathers Day 2018! So Happy Pop’s Day all you Dads!

Frank Lowe is a gay, divorced, 41-year-old dad. He is best known for his acerbic handle on Twitter and Instagram (@GayAtHomeDad), and has worked for publications such as The Advocate, HuffPost, and Gays with Kids. His goal is to bring attention to the world of gay parenting. As a result, he has been interviewed by CNN, CBS, OUT, Ozy, HuffPost, and The Today Show, to name a few. He currently lives in Northwestern Connecticut with his precocious 8-year-old son.”