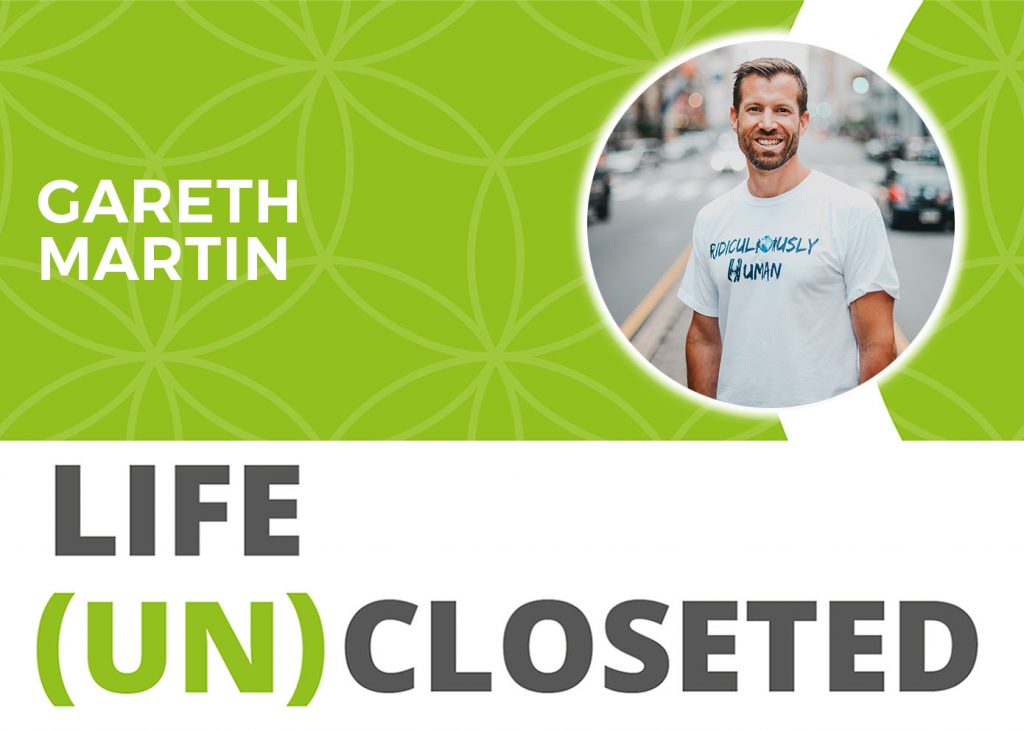 At 16 you almost die from a from a crazy motorcycle accident. At 18 you take a risk and say, “I’m outta here (with a South African Accent).” Before you know it, you’re in America, then off to the UK with minor stops around Europe. Had you known this time of life would teach you more than you ever thought possible about risk, you probably wouldn’t have believed it. Yet, opening the closet door to go live an unplanned life has given you freedom, mixed with a little bit of fear, to do ridiculously human stuff.

Gareth Martin, the other co-host half of The Ridiculously Human Podcast, takes us on his journey of closet busting, bold move making, and living life without apologies. And just in time. He’s about to embark on another move. Can we all say, “Where’s Gareth?”

Gareth is a transformational coach, who helps big dreamers and rebellious game-changing people, to take on their big scary dreams and desires head-on, and to align their mission with purpose, by forging the self-belief within themselves to execute their brilliant uniqueness and ideas into the world, in less than 90 days. He is also a storyteller and the co-host of The Ridiculously Human Podcast, where they share people’s life stories, the good, the bad and the ugly, with the intention to create greater human connections and to learn from each other’s life experiences.

Balancing out these moments of success, Gareth had a brief flash of fame as a failed motorbike stuntman when he was sixteen years old, he stood as a weasel among giants in an aborted bodybuilding quest and retired unsuccessfully from an investment banking career more than once! Gareth left South Africa 20 years ago, to take a year out to find himself, and has been doing that ever since! His only real significant achievements are travelling the world, meeting his better half, getting others to be more curious and believe in themselves, and sharing free smiles and man hugs whenever he gets the opportunity