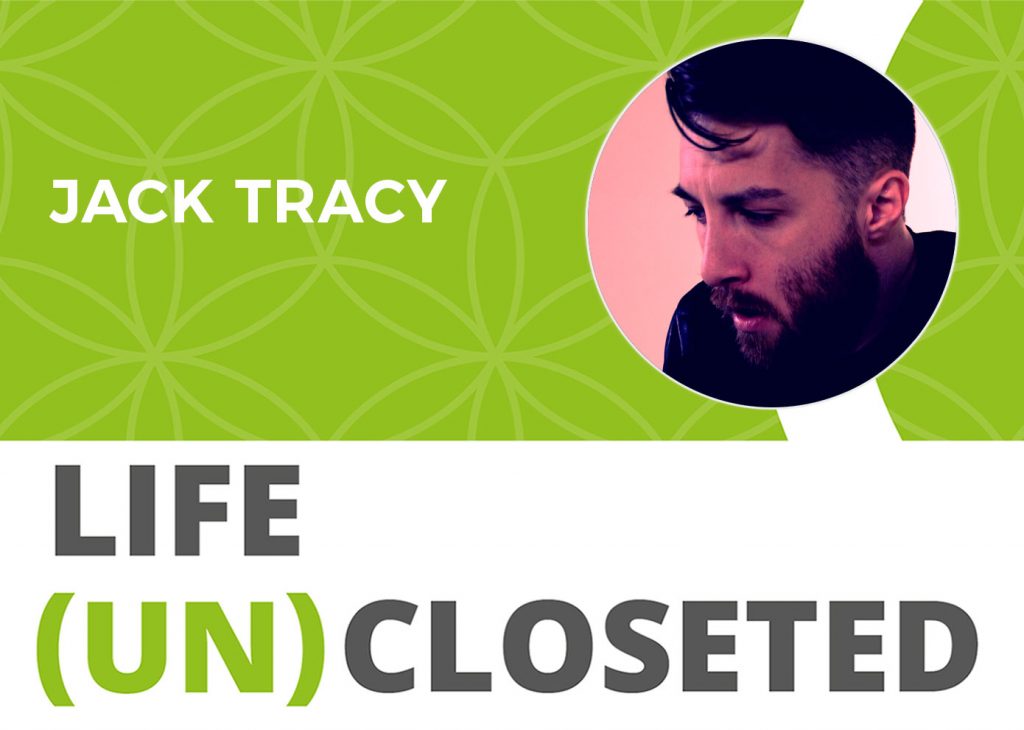 What happens when you don’t date in high school, because you have to keep your crushes and dating life hidden because you are gay? For starters you end up missing out on all the crazy high school relationships your straight classmates went through as teens, and then suddenly as adults you’re faced with being the hormonal high school teen going through dating puberty because now you feel you’ve got some ground to make up.  Plus, for most of us, society historically rejects us which leads to deep internalized hatred for being who we are, so our first attempts to drop the walls, open up, love and trust another person of the same sex is typically a recipe for disaster.

Using the art of music, actor and singer Jack Tracy, explores life as a 30 something gay male when maturity is just beginning to awaken and come out of the closet to live life boldly as an authentic gay man. He joins us today to talk life, love, art, and the challenges of being a Grown Folk Gay in today’s world.

* Discover what is necessary for LGBTQ folks to identify in the world
* It takes more than being seen to be understood. Learn his theory.
* What’s right with being wrong. Jack’s explanation makes a lot of sense
* Learn why he does the work he does now as an artist versus being a 100% in his law life
* He has a “No FUCK Zone” – What is that?

Jack Tracy is best known for his role in the gay series, “History,” where he plays a 30-something lawyer in NYC, fresh out of a break up and looking to rebuild his life.  The show wrapped it’s second season earlier this summer and is now crowdfunding for season three.

In the meantime, the multi-talented actor is proving he’s a Jack of several trades.  His debut album, OLDER, is out now.  It features “Satisfaction,” Jack’s synth-heavy, dance-centric number and the emotionally charged title track, “Older”.

The music video for “Older” shines the spotlight on his past relationship mistakes.  “20-something gay guys are romantically immature.  Most of us didn’t date in High School, and we were just the best friends our straight friends cried to.  Or we faked being straight.

The OLDER album tackles topics facing 30-something gay men today:  from fighting in the Trump resistance to the community’s obsession with youth.  It avoids songs about late nights out at the club, money, or how tonight is the last night.   As Jack calls it, OLDER is grown folks’ music.