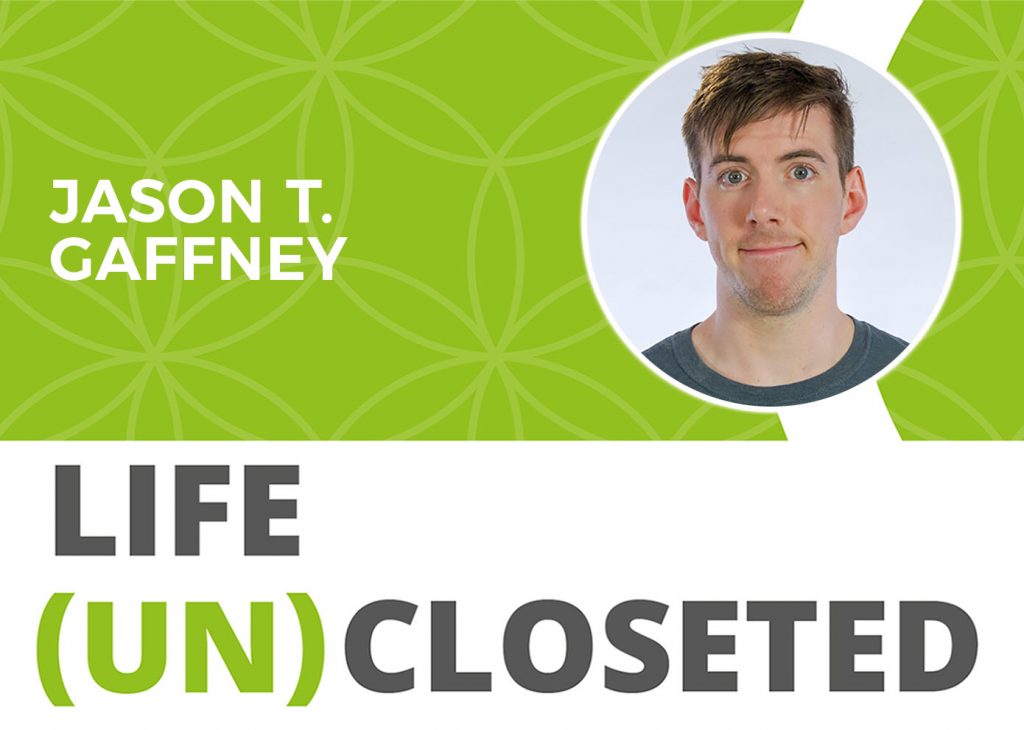 Imagine, in the land of imagination – Hollywood – that LGBTQ characters have leading roles that are never based on stereotypes. That the main conflicts of LGBTQ characters face on the big screen aren’t based solely on their sexual orientation. That female characters have roles that go beyond mother, wife, daughter, and/or woman-in-jeopardy. And, that people of color aren’t typecast into roles based on the color of their skin. What a different Hollywood and entertainment experience we might all have. But will any of this ever change? Only if someone is prepared to make a big bold move to make it otherwise.

Enter stage right, Jason T. Gaffney – award-winning writer, actor, and producer who not only has made it his mission to shine a different spotlight on the entertainment community as it pertains to LGBTQ individuals, but also on any culture in Hollywood who is marginalized, simply because of their race, sexuality, or gender. Today we’re breaking the mold, and playing it bold, to see what it takes to make your bold moves and lie your life (un)closeted in Hollywood.

Jason T. Gaffney is an award-winning writer, actor, and producer, whose earlier LGBTQ feature films include the romantic comedy, The Perfect Wedding, and the thriller, Russian Doll, both distributed by Wolfe Releasing. Jason also produced and appeared in the critically acclaimed web series, Fame Dogs, which won best comedy series and best acting ensemble at the Indie Series Awards.
In his most recent film, Analysis Paralysis, Jason adds “director” to the many different hats he wears. He’s co-written the screenplay of his next directorial and starring feature, Out of Body, a romantic comedy currently in pre-production, with New York Times bestselling author Suzanne Brockmann.

Jason is also the author of the “California Comedy” series of LGBTQ romance novellas, which include Creating Clark, A Match for Mike, and Fixing Frank. He is the co-host, with his Analysis Paralysis co-star Kevin Held, of the popular comedy podcast, The Bright Side with Kevin and Jason. Jason and Kevin were recently in the studio, narrating the audiobook edition of the novelization of Out of Body, coming soon from Blackstone Audio.

Jason lives in Sherman Oaks with his husband, Matt.

* Are shows like Will & Grace, and Modern Family enough in this day and age of the LGBTQ movement enough?
* There’s something about Brad Pitt that Jason doesn’t see in himself…learn what that is.
* Learn the worst piece of advice that Hollywood offers when it comes to coming out of the closet
* What’s one of the things Jason finds most frustrating when actors come to audition?
* This one thing held him back more than being gay. Learn what it was.