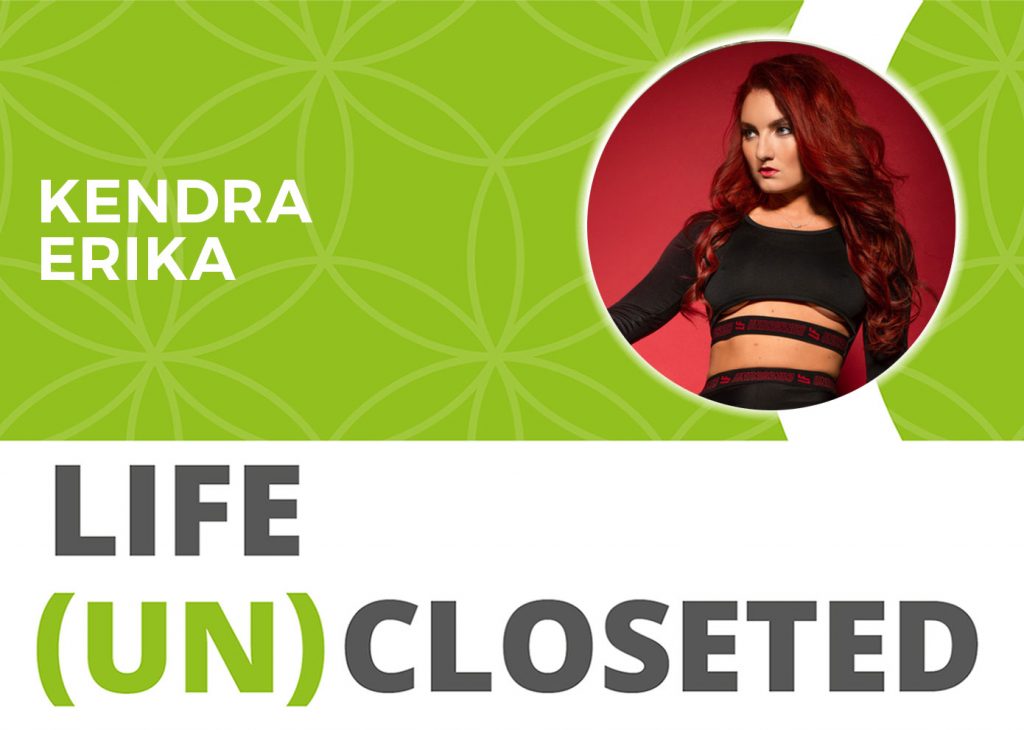 What’s getting lost in society? Empathy? Understanding? Patience? All true, but what about listening with deep intention and trying to understand one another more. There’s so much noise and chatter in the world, on social media, and in the news that it’s easy to escape the deeper sense of humanity. Yet, Kendra Erika, #1 Billboard dance artist, singer songwriter, wants to change that dynamic with her music and listening to others.
Her powerful new song, “A Deeper Love,” challenges listeners to go below the surface and get to the heart of things – even if that means becoming vulnerable and risking rejection. She’s making her big bold moves to have an impact in the world with her art and music, so that everyone can be seen, heard, and understood by using intentional listening as her medium. This is her Life (UN)Closeted story.

#1 Billboard dance artist Kendra Erika and Grammy Award winning producer Damon Sharpe unite for a fifth time on “A Deeper Love,” their powerful new song that urges listeners to dig deeper into matters of the heart.  “We millennials have spread ourselves too thin by searching for approval and validation on so-cial media from people we don’t even know,” Kendra explains.  She believes millennials need to concentrate on the important people in their lives and find ways to express their love more tangibly and substantially so that the person on the receiving end really feels it.  “That may mean exposing our vulnerability and even risking rejection,” she warns.  “A Deeper Love” is being released globally and is available for purchase on iTunes, Amazon, and all other major retailers as well as for streaming through Pandora and Spotify.  Its music video is on Youtube.

“I believe the word ‘love’ has many layers,” Kendra reflects from her South Florida home.  “The deepest layer of love can only be attained when we start seeing the good and potential in everyone.”

This applies to today’s gender equality movement.  “#MeToo has made a lot of progressive moves for women,” Kendra continues. “But I can’t help but feel that a movement that initially was meant to even the playing field has fragmented the dynamic between sexes where the man’s perspective has been dimmed, overshadowed by the woman’s word or perspective.”

“At the end of the day, we are all human and in order to achieve A Deeper Love, we must love and respect one other equally,” she says.

Kendra Erika is a singer/songwriter based in South Florida. She was trained in classical and jazz music, but draws inspiration from artists like Lana Del Rey, Solange, Ellie Goulding, and London Grammar who make sentimental music that is felt in the bones.  She successfully employs bold and often poetic mes-sages to her club beats.

Her first single, “Oasis,” climbed to #9 on the Billboard Dance Chart in 2016.  “Under My Skin” reached #6 in the summer of 2017 and “Self Control,” released in celebration of the twenty-fifth anniversary of Laura Branigan’s classic song, hit the #1 spot in January 2019.

All were produced by Damon Sharpe, a producer who has worked with a wide array of pop artists including Jennifer Lopez, Ariana Grande, Kylie Minogue, Kelly Rowland, Monica, 98 Degrees, Anastacia, and Natalie Cole.

“The success of Self Control taught me to trust my instinct,” Kendra Erika re-veals today. “I knew if I tweaked it’s message just a bit, it would speak to today’s listeners.”
She aims to do the same with “A Deeper Love,” a track she fell in love with the moment she first heard its mesmerizing beat.  “I was on the stair master at the gym and the minute that beat dropped, I almost fell off the machine with it, it was so good!”

She says she related to the song’s understated strength.  “As I’ve grown as an artist, I’ve really come to embrace my individuality. Where I used to try to hide my individuality by blending in with the crowd, I’m now grateful to be different.