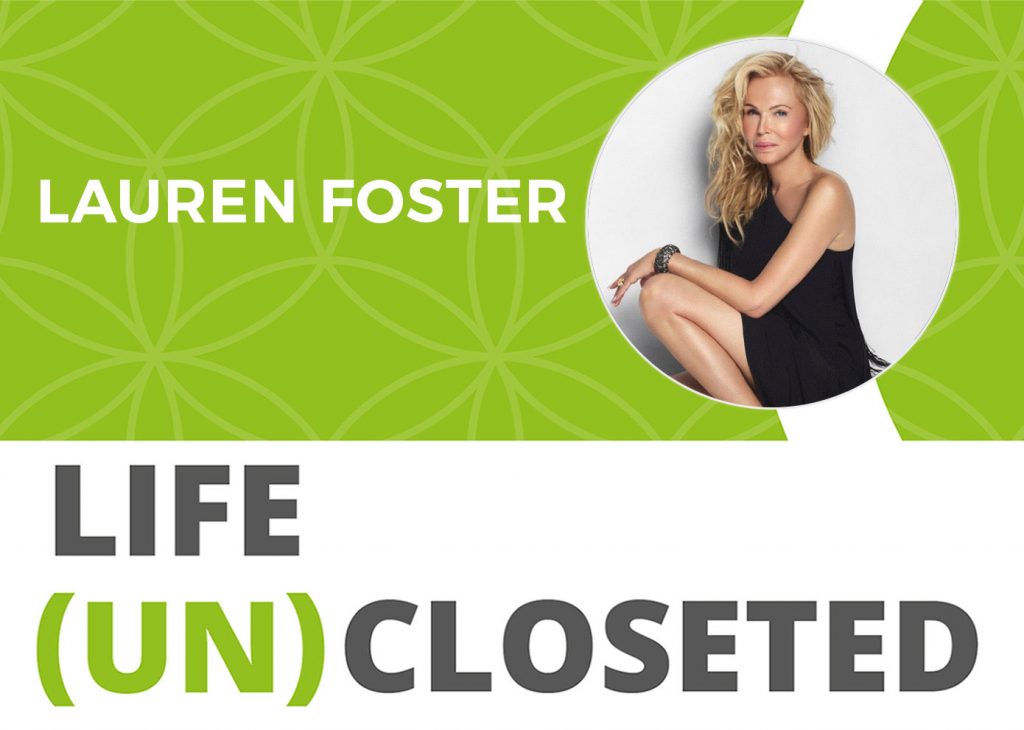 Cast aside traditional roles of womanhood, motherhood, and house wifery. There’s a new gal in town, and she’s the empowered trans woman. A woman who says, “This is me, like it or not, and I am all woman from my mind to my heart to my soul.” Yet for all the moves forward, and being a reality TV star, you still have to fight to be who you are in today’s world. Especially in this administration in the US
Joining us today by being her bold self, and living her Life (UN)Closeted is Lauren Foster, model, Real Housewife of Miami, LGBT activist, and Variety Magazine Woman of Empowerment. Foster shares her journey, her truth and her insights about the trans movement and what it means to be yourself, your trans self, in the world today.

* Find out which trade rag outed her after a very successful modeling shoot
* She brings joy and comfort to people in her new role as a reality person in this job
* Sure she was a real housewife but she’s alway been just another girl
* Her Motto: Be beautiful, be bold, be you
* The Trans Revolution can often lead to Trans Rejection

Former Real Housewives of Miami reality star Lauren Foster was the first trans model to be featured in VOGUE/Mexico in 1980 during a time when being trans was kept quiet. The photographer who shot editorial was not aware that she was trans until it was leaked in the tabloids. Times have changed as Fosters was recently honored by Variety Magazine at their annual Woman of Empowerment brunch as the first Trans Women to ever be recognized with this achievement. Additionally, Lauren is the Director of the LGBTQ Clinic at the University of Miami where she works with trans patients and travels nationwide as a public speaker, chronicling her journey, educating others on how to live their own self- truth and define and achieve success.

For trans youth coming of age, Lauren advises they learn and appreciate their herstory. “We’ve come a long way, baby! To the cisgender community who are finally coming to terms with the rise of trans, she advises they keep an open mind and understand that ultimately everyone wants the same thing.

Lauren is still a well-respected fixture in the Miami socialite scene, mingling with her former RHOM cast mates on the beach, nightclubs and private events. Lauren who considers herself a women of a particular age will be turning 60 soon but is still young at heart and has been compared to Samantha Jones from Sex In The City – She’s smart, very savvy, a cougar with a warm heart searching for love.