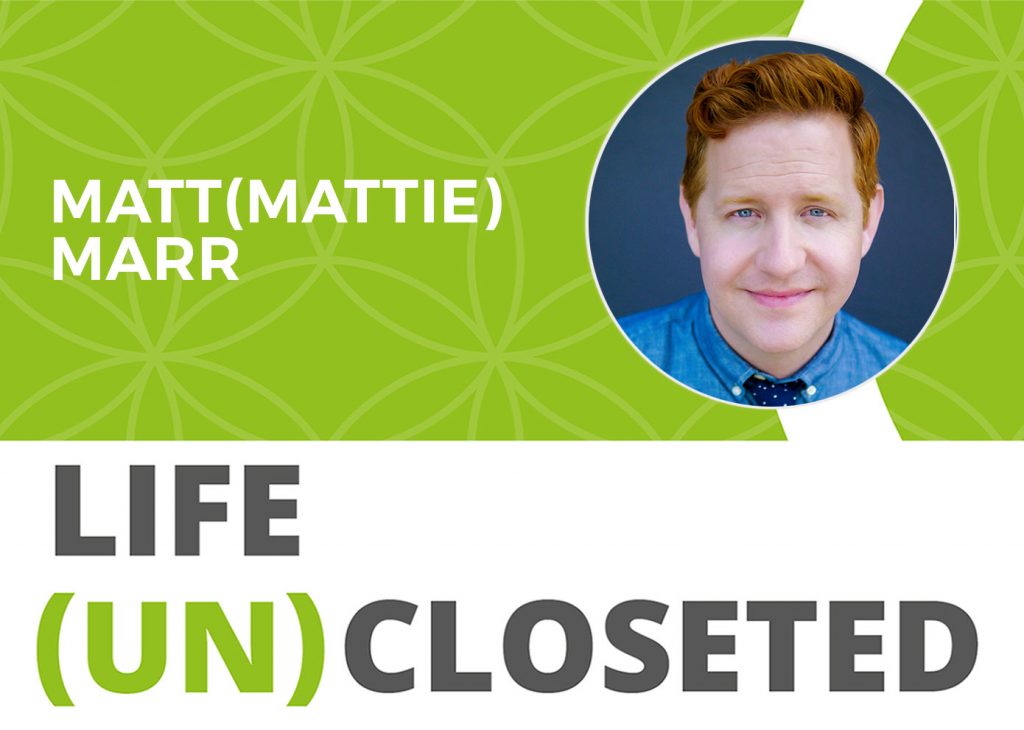 Some people are gifted, then some people are gifted with the gift of gab. So what do you do when you are from Southern Oklahoma, have the gift of gab, and love to act…you move to Beverly Hills of course. Well maybe you don’t live in Beverly Hills, but you are Beverly Hills adjacent and you bring your gift of southern charm talking to the city and help people open up to their truth…whatever that truth is. Of course, you also pursue your dreams of acting and being a winner, winner, chicken dinner on two game shows…all while being a therapist.

Bringing his fabulous ginger self fully to the closet of Life (UN)closeted, Matt Marr, aka Mattie, is here to…well we will see. We will see where two fabulous gays, one a life coach the other a therapist, both podcasters, and both Oklahoma boys can take you in the next 30 minutes to make your bold move, live your life uncloseted, as we chatter away about how we are both vying for the position to be The Gay White Oprah and what that means to fully be you, your way, with no apologies.

* Discover what conservative vs. liberal is from a southern boy perspective
* Learn how his roots influenced his ability to be empathetic to differences in people
* He has a huge fascination with huge black things…wonder what they are?
* His biggest dream is this and being podcaster is just a stepping stone to it
* Uncover what life is like in the Central Coast of California and assumptions that shouldn’t be made

If Oprah and Ellen had a baby, raised by Dolly Parton—it would be Matt Marr.  Matt aka Mattie can–and WILL–talk to anyone.  He’s the guy in the grocery store that compliments your eye makeup and then two minutes later you’re asking him for dating advice.  Originally from southern Oklahoma, Matt credits his love of talking and hearing good stories from Sunday lunches at his large Southern family swappin’ tall tales.  He is a therapist and holds a Masters of Clinical Psychology, specializing in Narrative Therapy.  At the same time, he is a successful commercial actor and has performed stand-up all over the West Coast. He hosts of two podcasts:  THE DEAR MATTIE SHOW, an advice podcast where listeners send questions to Matt to provide humor, heart, and hopefully, a helpful perspective to empower his listeners to be the authors of their own life story and work towards their dreams. TV Tea Time is a podcast where Matt and his “sister” Jake Anthony, queen out over terrible TV and then tell you how to feel about it.