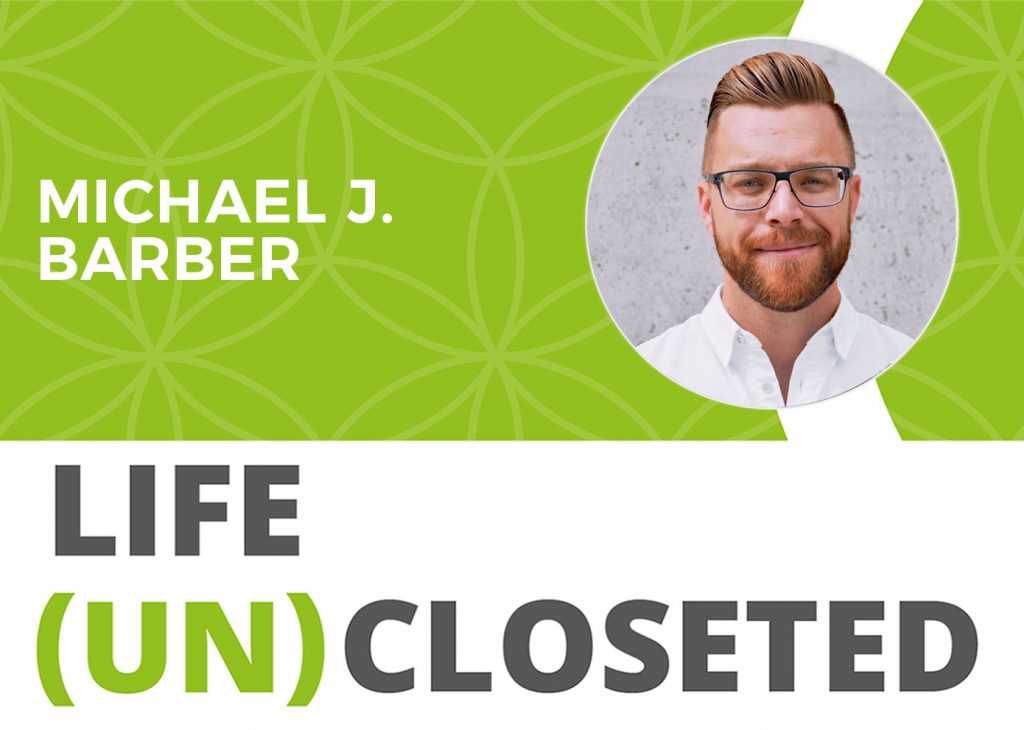 Coming Out. It’s scary. Electrifying. Confusing. Life changing. It’s about thriving vs. hiding. Taking a stand to live rather than die. But most of all it’s about being you, 100% you, no matter what the odds, the snide remarks, the acceptance or lack thereof. Because coming out is just the act. Living your truth is the journey.

Fellow speaker, gay man, and quite creative guy – Michael J. Barber – suddenly started showing up on my radar about 6 months ago. It seemed he was connected to a lot of my friends from a lot of my worlds – speakers, podcasters, gay men, heterosexuals (yes we do have straight friends in our gay world), and of course the ice cream lovers circle…who can forget that. Then just a few weeks ago, he dropped an article on Medium that caught my eye and I said, “This guy has got to be on the podcast.” And that’s how this journey started and what’s bringing him to your ears today. So listen up and listen good about his story, an 800-day story that really is about him, the real him, and who he was meant to be on the planet.

* Your role is to amplify who you already are
* When you show up as you there is no where else to go
* Living in the closet, any closet, is censoring one’s self
* Coming led helped him do these two things
* The more you push yourself to transparency the more you will fear failure, and that’s ok

Michael Barber is the Senior Vice President, Chief Creative Officer at Godfrey. His work has been featured in The New York Times, The Wall Street Journal, and Forbes. This work has been awarded numerous industry awards, but more importantly has driven successes including the most effective and cost-efficient campaign in the history of a Fortune 500 company, a 160x return on ad spend, and 50 million earned media impressions within the first month of a new product launch. Michael is one of Marketo’s Fearless 50 which recognizes the top marketers around the globe driving bold, fearless, marketing and digital transformation. Additionally, he has a 100% success rate with the couples he has married as an ordained minister. Please welcome, Michael.