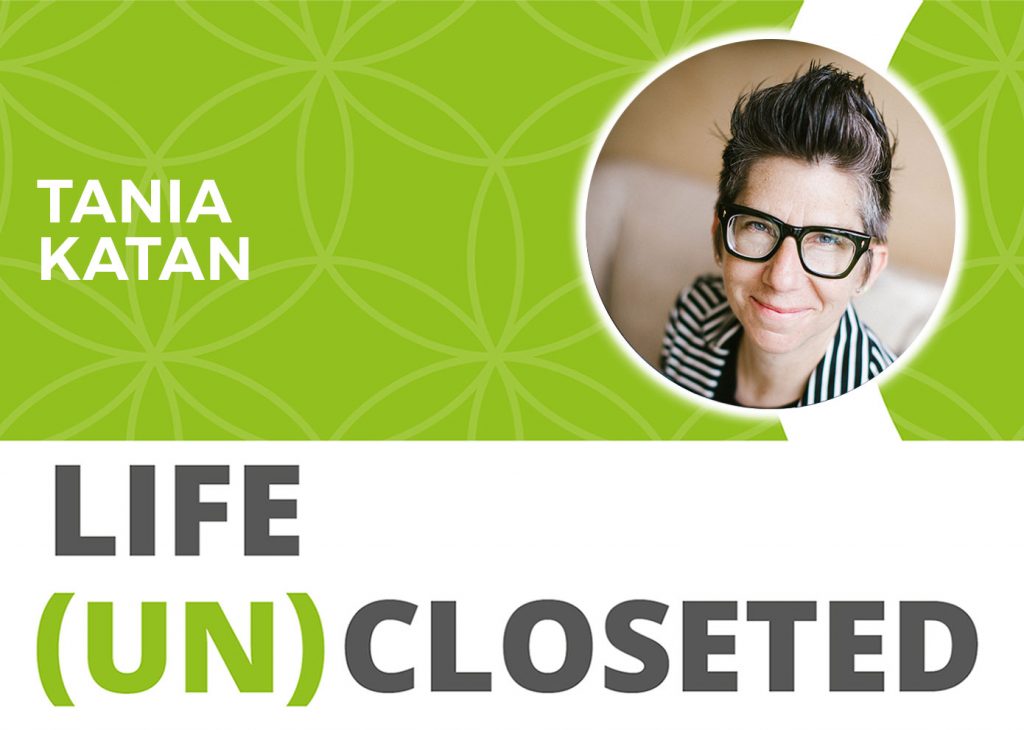 “I hate my job. I’m just here for the paycheck. What difference does it make what I do, no one cares as long as I do what they tell me!” Any of this sound familiar? At times we all have the mindset, “Just show up and do the job!” That can lead to a very narrow mindset that actually hurts us more than it hurts the company we work for, but we don’t see it that way. Then there’s also the reverse issue where we show up at work told to stay in our lane, do not pass go, do not move out of line, do not break the rules. Both ways sound damn exhausting until you figure out, to live your life (un)closeted, you need to learn how to become a master at Creative Trespassing.

Tania Katan is the holy grail of Creative Trespassing. She’s been breaking the rules form the moment show told Alan, owner of Snow Oasis, a shaved ice company, that in 5 years she wanted to be on Saturday Night Live…needless to say, that wasn’t the response he was looking for when he conducted Tania’s first job interview. However, she did get the job and from that moment forward, after one day’s work on that job, she’s been creative trespassing, taking her inner creative wild child with her everywhere she works, and in every facet of her life.

Her motto is rules are just procedures for taking action, so why not break the rules and see what actions can work better. She’s taking us out of our fixed mindset closet about work, creativity, sexuality, and what we see on the public restroom doors in this episode of Life (UN)Closeted.

Tania Katan is a motivational speaker, best selling author, and co-creator of globally viral empowerment campaign #ItWasNeverADress. Her innovative way of formulating ideas led to the groundbreaking bestseller, Creative Trespassing: How to Put the Spark and Joy Back into Your Work and Life (Penguin Random House, February 2019).
A potent—and wildly funny—keynote speaker, Katan is highly sought after to teach both people and companies of all stripes how to generate imaginative innovations and creative breakthroughs. Some of the organizations that have been impacted by her talks include Fortune 500 companies, leading tech firms, universities, and major conferences including: CiscoLive!, Expedia, S.H.E. Summit, Amazon, Talks at Google, Business of Software, Uber, Etsy, Humana, World Domination Summit, Inbound, TED Talks, and Comedy Central Stage. Katan’s transformative work has also appeared in The New York Times, USA Today, HuffPost, Time, BuzzFeed, CNN, Adweek, Mashable, ReadWrite and Amy Poehler’s Smart Girls, among others. For more of Katan’s productive disruptions, visit taniakatan.com.

Connect With Tania
Website
Facebook
Instagram
Twitter
To win a free copy of Tania’s book – Creative Trespassing listen to the podcast to receive the email address to be one of two lucky winners of the book!
Check This Out!
Are you someone who keeps struggling to do that thing? You know the thing you keep telling yourself and others you’re …