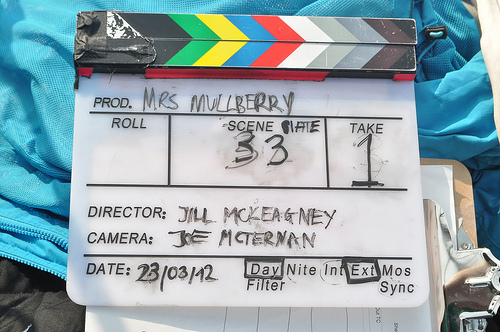 Admit it. There are some days you just don’t want to shit! I get it! Been there done that, and it’s usually followed by a heaping kick ass of “See what a loaf you are! You didn’t get a damn thing accomplished!” It’s the proverbial beat yourself up moment which does so much for the self-esteem. Consequently, the more we demean ourselves for not being in action 24/7, the more we suffer from “loser syndrome.” And quite honestly, gay men are the queens of mean when it comes to beating ourselves up for not being good enough, having enough, or trying hard enough. Well, blah, blah, blah. Get over your bad self and let’s get to the nut (pun intended) of the problem.

I believe, and I’ve seen it in my clients, that when they don’t do anything it’s becuase they are trying to do something that isn’t meant for them to be doing. Notice I didn’t say “the wrong thing.” My clients know they’re ain’t no right or wrong in Life Coach Rick’s gym bag for living. If you’re doing something, or attempting to do something that you’re less than thrilled about, then it’s time to take a cold shower in a hot gym and figure out what’s got you all steamed up and distracted inside.

Rest assured, even “no action” is a step of “taking action.” By not doing anything, you’re making a choice to not take action. The big difference is what you do in the state of “no action.” If you’re curled up in a fetal position, then gurl, get yo ass up and do something! If you’re sitting in a deep state of exploration and not physically taking action, then you’re just moments away from finding the truth to catapult you forward. If all else fails and you’re somewhere in limbo land, then try to distract yourself from the current dilemma by doing something you haven’t done in awhile – color with crayons, make paper airplanes, cook something rather than eat out, turn off your hook-up apps, take a walk in a new neighborhood – anything that takes you out of your element and into a different state of being!

← Experience…Is it really what you wanted?The Mask You Live In →