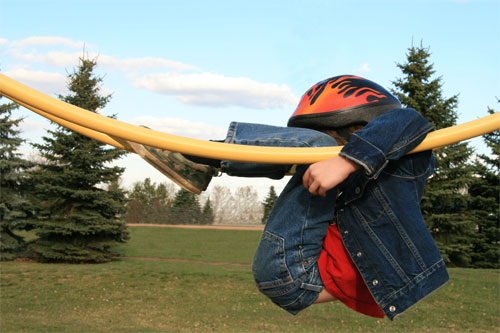 I just spent the better part of a week, coming off of a play date and maintaining the play date high…AND I LIKE IT! LIKE IT ALOT!

My playground was just at the base of Mt. Hood in Oregon.
Weather was overcast and rainy, but no dampening of the spirits occurred.
Water cascaded breathlessly over rocks in the Shady Pine river.
My playground was a cabin.
My playmates were but just two…two brilliant kids disguised as adults.

Our goal wasn’t to build a rocket ship, or to sit mindlessly enthralled in TV or video games. Oh no, we were kids at play trying to figure out something bigger than all of us.

We explored. Laughed. Cried.
And, of course we ate and slept. Very little sleep but we did make it happen.

Our intention was to create a product.
Craft a podcast show.
Find the just right messages to entice people into the playground of Rick.
There was only one problem…little Rickey wasn’t playing.
He was pretending to play and failing.
Not surprising, given that he was the master of “never let them see you.”

Chip. Chip. Chip away they did.
Leaving fragments of the facade on the playground.
Nakedness, revealing different-ness, that would become the glue to hold the one-ness of Rickey together.

My dream taunted me to come to the playground.
I came, but did not come fully, until I realized, to step over the cliff into pleasure, fun, smiles wouldn’t hurt me.

That’s when I jumped.

Jumped fully into the reality that my one-ness, my different-ness could never become the message of SAME-NESS BE DAMNED until I released.

Released myself to fully play in the playground that is…

my LIFE
my CALLING
my HOLY GRAIL for traveling on this earth!

Now I’m more lit up than ever before.
Now I’m smiling, an act that so many have begged me to do for so long.
Now I’m at one-ness, practicing my different-ness, loving my unique-ness.

Are you playing?
Playing on the playground of your life?
Playing in the DIFFERENT-NESS that makes you, you?
Playing just for the sake of playing in life?
Playing so that you can say…SAMENESS BE DAMNED!

← Are you hung over in the doldrums of life? Dread getting out of bed?If you haven't failed today…you might want to try again! →