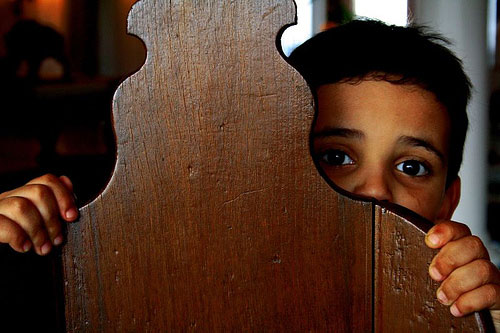 Somewhere between birth and today, he got lost! Granted, for many gay men, childhood was a bitch and not something we wish to remember. After all, as little boys and young men, there was trying to be butch, attempting to like girls, and all along the way, keeping our secret hidden.

Then we magically became adult men! For some of us, nothing changed. We got married, attempted to play the “straight man” role, and even planted our seed and made babies! Then there’s the group of you guys that just “came out” and started living your gay life loud and proud. And, then for another group, there’s been the straddling the fence, being gay and keeping it a little bit quite in certain circles. No matter which group you fall into, and I’m sure there are many more that I haven’t even acknowledged, there’s one thing we all seem to have lost along the way in some way, shape and form…our little boy.

Yet, there were other little boys who…

Now, here we stand. Hairy and hairless chests. Bald heads and perfectly coiffed locks. Ripped bodies and contented muffin tops. And the one thing most of us gay men have in common, is we’re still waiting for our little boy to come back out and play!

The little boy who…

Now on bended virtual knee, I beg you to look inside, find the little boy that once was you, and ask him to come out and play. Celebrate his masculinity and femininity. Honor his fear and his bravery. Laugh at his wit and stupid antics. But most of all embrace him into you life whether your 20 or 100. He’s ready. Are you?

← Buying Your Own BSI'm From Riverside! A little bit more of my story. →