40 Plus: Real Men. Real Talk. Manhood is just a label to make your own! Skip to content 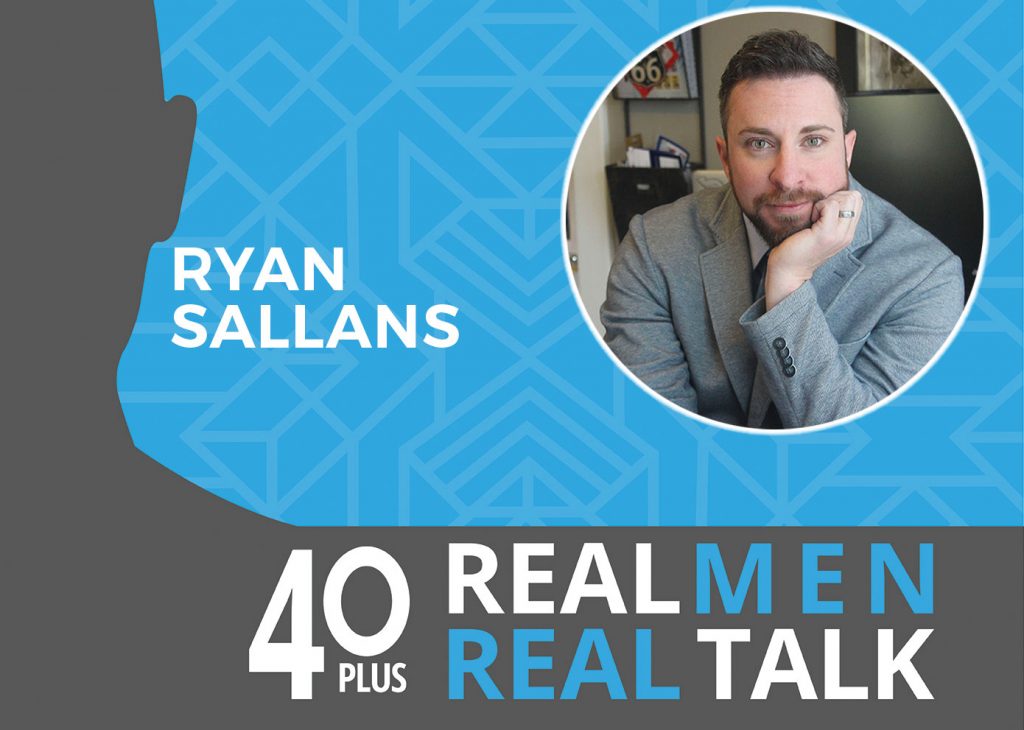 What defines a man? Ever asked yourself, or been asked that question? The answers are as varied as there are men, yet when we step back, most of us guys have more in common in our definition than we have differences. Yet manhood becomes a whole different thing – at least in many peoples eyes – when a woman who was actually a man trapped in a woman’s body, takes that brave step to be their authentic self – a man, or as most would say a transgender man.

Ryan Sallans, an amazing transgender human, goes raw and real about how he sees manhood and he even explores how those shifts in his own perceptions of manhood as he’s hit 40 have opened his eyes to who his is and continues to be as a man and human being. You’re invited to open your eyes and step into the manhood journey that you define, not much unlike how Ryan has defined what manhood means to him!

Since 2005, Ryan has been inspiring individuals around the world through the programming that he offers. His work as a speaker is rooted in storytelling and branches out to interlace personal stories with research and data focused on creating inclusive environments for LGBTQ individuals, employees and patients. He is hosted as a keynote speaker across the country for conferences and diversity and inclusion events highlighting finding similarities through our differences. 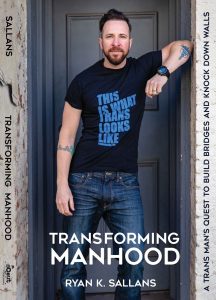 After his appearance in the documentary Gender Rebel featured on MTV’s LOGO network in 2006, he began traveling to universities where he shares the story of his transition from female to male and his recovery from an eating disorder. Ryan has been interviewed twice on Larry King Live, Ricki: The New Ricki Lake Show, Trisha, NPR’s On Point with Tom Ashbrook, HuffPost Live and has made his acting debut on the web series, Brothers. He has also been interviewed by numerous newspapers and magazines including The Advocate, USNews, BuzzFeed, The Chicago Bureau, International Business Times, Baltimore Gay Life, and The Huffington Post.

Ryan’s first memoir Second Son: Transitioning Toward My Destiny, Love and Life is one of a few transgender books detailing the life and transition of a transgender man. Second Son has been noted as required reading in Mary Karr’s 2015 New York Times Bestselling book The Art of Memoir. His second memoir, Transforming Manhood: A trans man’s quest to build bridges and knock down walls explores life and identity post-transition. Transforming Manhood is scheduled to be released on September 24, 2019.