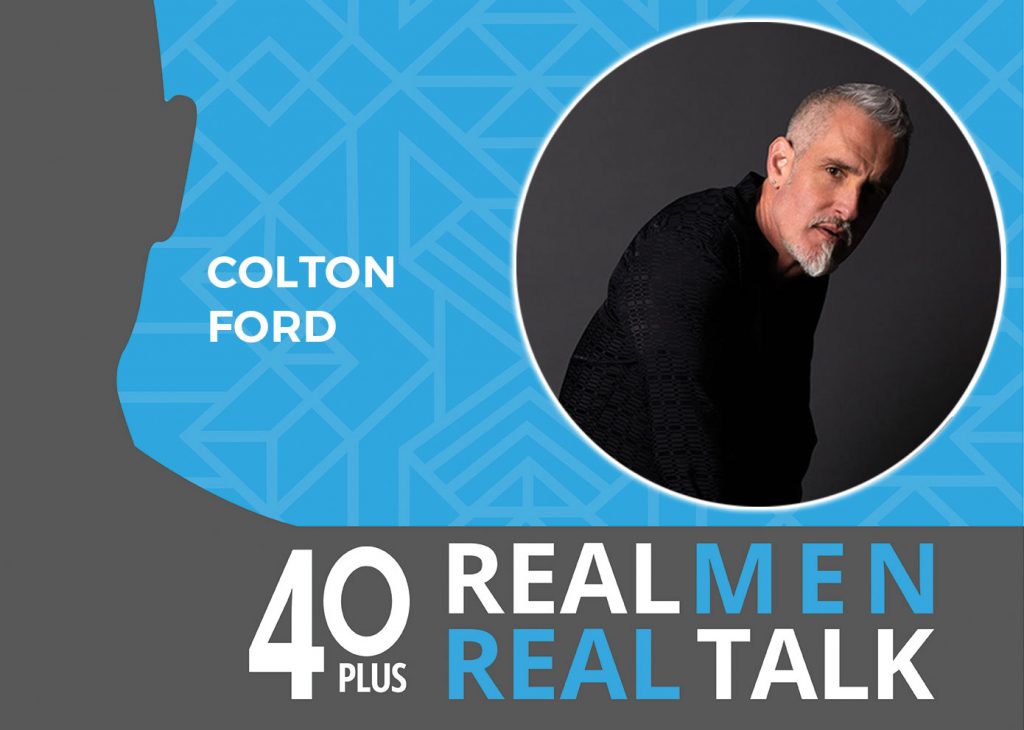 “I’m to old for that!” Really, then you must not have any adventure left in your life and your soul. How about instead, you said, “I’m never to old for that!” That attitude and outlook will make you stay as young as you choose to be, because it is all your mental outlook as to what you can and can’t do, regardless of what age you are. Just ask musician and former adult film star, Colton Ford.

“Figuring our way through challenges, hardships and difficult times is an integral part of life for most men, and where we can learn and grow the most on our journey through it.” Colton Ford acknowledges that the past several years have been challenging for him – debilitating, at times – but he has found inspiration through the process, reflected in his songwriting, as he is coming out to reclaim his direction for his life and his music – even as a 50+ year old guy! This is his inspiring podcast on never being to old to have adventure in your life.

His debut single, “Stronger,” from his upcoming EP, “Unity,” was written by Ford along with his collaborative partners, Ron Schrader and Spin Sista, collectively known as Woop Woop Productions.

Colton was also named in AfterElton.com‘s Top 50 Gay Male Musicians, he was featured in Cyndi Lauper’s video for her hit “Into The Nightlife,” and also performed on the Lauper-helmed 2008 True Colors Tour. He was the subject of the acclaimed 2003 documentary, “Naked Fame,” and has had cameos in the films “Another Gay Sequel” by Todd Stephens, and John Schlesinger’s “The Next Best Thing” starring Madonna and Rupert Everett. Glenn co-starred for three seasons playing Sheriff Trout on Here! TV’s “The Lair,” and was also a featured panelist on the channel’s resident chat fest, “Threesome.” He made his off-Broadway debut in 2012 co-starring in “Little House on the Ferry,” and also co-starred in Studio C’s Production of Howard David Rivers’ critically acclaimed play, “And All The Dead, Lie Down,” in Hollywood California, 2018.

For the past seven years, Ford took a conscious step back from his public life, still releasing an album (“Glenn Soukesian” in 2016) and several singles during that time, but not pushing his work the way he had done previously. “I needed time to process the losses I was experiencing during this time, reflect and grow,” he says.  “With regard to my work, these days I’m not compromising my vision, changing who I am artistically or doing music that doesn’t represent me.  I’m doing what I feel is right for me first and foremost. I’ve grown very comfortable and confident trusting my creative voices without question or compromise.  I’ve become Stronger.”