40 Plus: Real Men. Real Talk. Why every guy needs a sexual check-up Skip to content 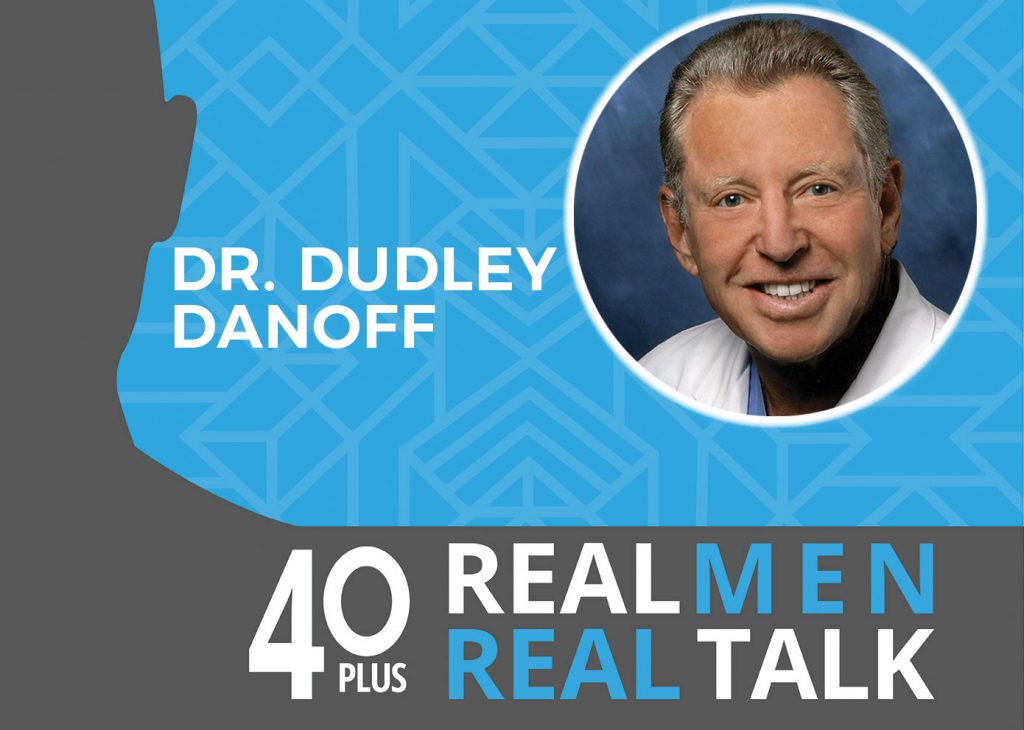 We guys, most of us, sure love our penis and using it. Sex, getting off, or cutting loose with a good stream of pee just seem to be so manly. Yet, one of the things most men do is take their sexual health for granted. Sure we will use condoms…from time-to-time, or maybe we will begrudgingly get the old finger up the poop pipes once a year, but outside of that we tend to just think we are invincible when it comes to our sexual health. Dr. Dudley Danoff, author of The Ultimate Guide To Male Sexual Health, disagrees, and he should know. In his own words, “I’ve seen enough Penis’s in my practice to fill the Rose Bowl!” For 35 years he’s been treating men’s sexual health issues and knows first-hand how many men take this area of and throw caution to the wind. In this candid and fun interview we talk penises, STD’s, prostates, and everything most me won’t talk about with other guys, but should when it comes to their sexual health.

Dudley S. Danoff, MD, FACS, is a Diplomate of the American Board of Urology and Fellow of the American College of Surgeons. He graduated from Princeton University summa cum laude, Phi Beta Kappa, and from the Yale University School of Medicine. Dr. Danoff completed his urologic training and fellowship at Columbia University Presbyterian Medical Center. He served as a major in the U.S. Air Force, after which he joined the Clinical Faculty at the UCLA School of Medicine. He is currently the attending urologic surgeon and founder/president of the Cedars-Sinai Medical Center Tower Urology Group. Dr. Danoff and his wife, Israeli singer Hedva Amrani, live in Beverly Hills and have two children.

Years ago, he developed a keen interest in erectile dysfunction based on his disturbing observation that an increasing number of men were suffering from what he calls “penis weakness,” or PW. He noted that there was very little discussion within the urologic community about the significance of this problem in male genital health.

As he looked deeper into this major issue, he realized that the stigma surrounding erectile dysfunction and other penis problems was a force that had been plaguing not only men in modern times but also probably men throughout all of history. He began to speak out and write about the principal characteristics of this alarming pandemic and discovered a deep reality about men and their relationships to their penises: the vast majority of males were severely undereducated about their penises, from its physical function to its effects on their psyche. And for too many years, men who have suffered from self-doubt and anxiety caused by PW have done so without any guidance from the medical community—especially not from the professional urologic community. 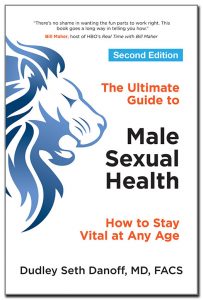 Coming to the realization that something needed to be done, he set out to write what he hoped would be the all-inclusive guide to the major factors affecting male sexual health. His aim is to replace ignorance and mythology with factual information and to replace self-doubt with confidence. His goal is to help every man realize and achieve the sex life he desires.

As a busy urologic surgeon in Los Angeles, California, he has seen more than 200,000 penises in his professional lifetime. While each is unique, just as hands and feet are unique, they are also remarkably alike anatomically. However, there is enormous variation in how they function in their sexual capacities. He has observed that these differences in functionality and capacity have very little to do with the anatomy of a particular penis or even with a man’s size, looks, level of success, wealth, or status.

Mainly, functionality and performance is about how men perceive their own penises. In addition to understanding its biological functions, every man must learn that his penis is an organ of expression. What gives it its power is much more than the condition of its blood vessels and nerves.

The Ultimate Guide to Male Sexual Health advocates a transformative concept based on positive thinking.