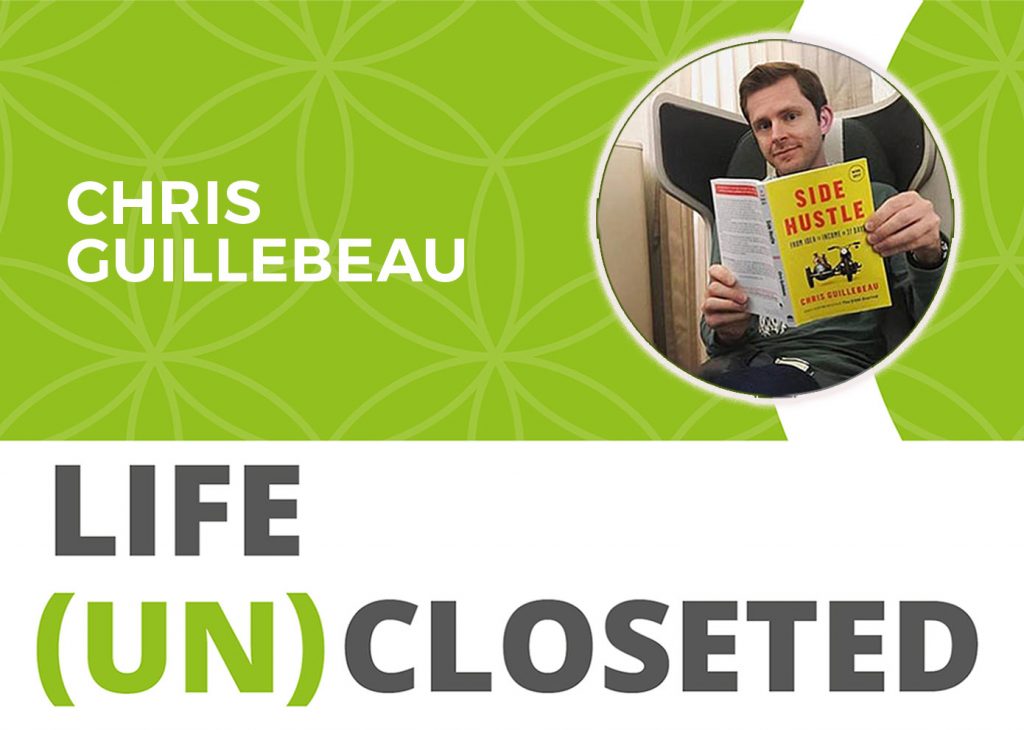 Impact. That was one of the first words I realized was the reason I had to live my life uncloseted. Then, I happened upon a book entitled, The Art of Non-Conformity, and I knew I had found a voice, a spirit, and a mentor that inspired me. Little did I know that in 2010 that reading that book would lead me to meeting today’s Life Uncloseted guest – Chris Guillebeau.

He’s a genuine guy who lives a non-conforming life, builds communities, takes on adventures, and ensures that at the heart of everything he operates from a place of service. He may be a NY Times and Wall Street Journal Best Selling Author, The Founder of World Domination Summit, and one of a handful of people on the planet to have visited all 193 countries, but in reality, he’s a person I’m glad to know and witness how he lives his life. This is his life uncloseted story.

* Living the life that is non-conforming is what this show & its first guest is all about
* What can you do for the world? We’re talking impact and so much more here…
* Build upon your past experiences (and Chris has some AMAZING ones to share)
* Sometimes your greatest loses are the biggest training grounds for what yet is to come
* What do you need to do to be authentically who you are?

Chris Guillebeau is a New York Times bestselling author and modern-day explorer.
During a lifetime of self-employment that included a four-year commitment as a volunteer executive in West Africa, he visited every country in the world (193 in total) before his 35th birthday. Since then he has modeled the proven definition of an entrepreneur: “Someone who will work 24 hours a day for themselves to avoid working one hour a day for someone else.”

Chris’s first book, The Art of Non-Conformity, was translated into more than twenty languages. His second book, The $100 Startup, was a New York Times and Wall Street Journal bestseller, selling more than 500,000 copies worldwide. His third book, The Happiness of Pursuit, was published in September 2014 and was also a New York Times bestseller. His fourth book, Born for This, will help you find the work you were meant to do.

Every summer in Portland, Oregon, Chris hosts the World Domination Summit, a gathering of creative, remarkable people with thousands in attendance. Chris is also the founder of Pioneer Nation, Unconventional Guides, the Travel Hacking Cartel, and numerous other projects.