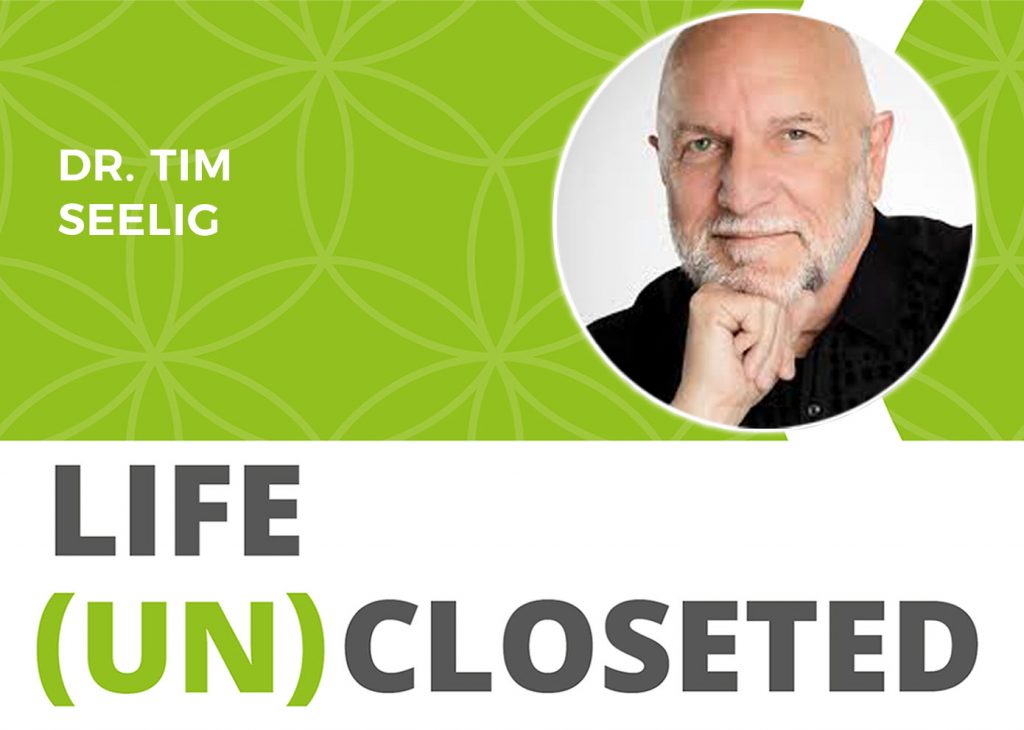 When you’re the child of Southern Baptists who are the Elite of the church, is it any wonder that you don’t just stand up and shout from the pulpit – “I’m gay!” Good Lawd, no! But, the evil self-loathing and hate that resides in you is worse. The living a lie, not lying, eats you alive. Until one day, after being outed by your church counselor and your wife, you realize you’ve got nowhere to hide but at the local Motel 6.

Shamed by his church, and forced into a life of being a Kelly Girl (look it up), Dr. Tim Seelig found himself and his joy on the other side of closet, making the music of his life. No more protecting the image of who he thought he was supposed to be and instead being who he was meant to be, a Big Ol’ Gay!

Tim Seelig is conductor, singer, teacher and motivational speaker. He is the Artistic Director and Conductor of the San Francisco Gay Men’s Chorus and the National LGBTQ Center for the Arts. He continues an extremely busy guest-conducting and teaching schedule throughout the U.S. and across the globe. Dr. Seelig holds four degrees, including the Doctor of Musical Arts from the University of North Texas and the Diploma from the Mozarteum in Salzburg, Austria. He has authored seven books and DVDs on choral technique. His memoir, Tale of Two Tims, has just been released.

Dr. Seelig’s early training was as a singer. He made his European operatic debut in St. Gallen, Switzerland and his solo recital debut at Carnegie Hall. Interesting facts include conducting the Guinness Book Of World Record’s Longest Choral Concert (20 hours) and carrying the Olympic torch as a community Hero. His recordings have been on Billboard Top Ten and iTunes Top Ten classical charts. His choruses have been the topic of three documentaries, one receiving an Emmy award for best documentary and another, Audience Favorite Award at its premiere at Tribeca Film Festival, NYC.