Folk-Rock Duo, They Won't Win shares their coming out journey. Skip to content 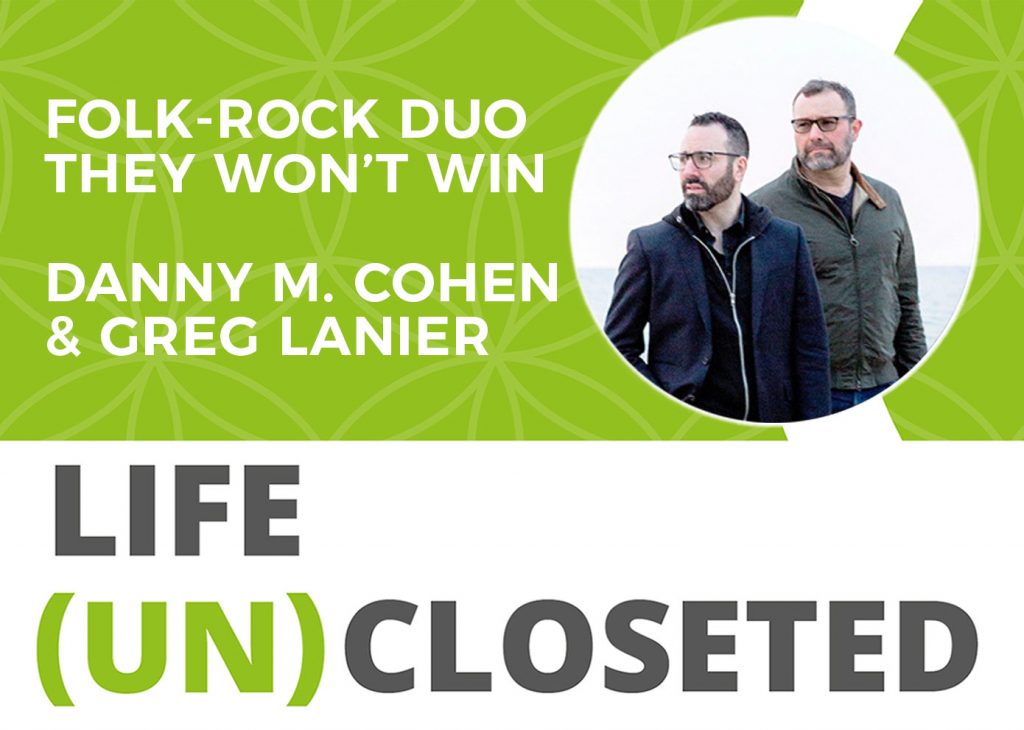 Music lifts us, binds us together, and when it’s really done right, it makes us think, even if that thinking is about dark subjects that no one really wants to talk about. But if we don’t talk about things, those things win. So what happens when you take a stand and say, “They Won’t Win!” You get a talented, gay music duo (no they aren’t a couple) who is tackling some dark parts of life, in the hopes of giving others hope so they can see that they are not alone.

Danny M. Cohen and Great Lanier of “They Won’t Win,” met through an organic circumstance at a dinner. It all started with noticing a guitar in the room and from there the relationship blossomed into the two becoming music husbands, producing folk-rock songs that take on dark subjects like partner abuse, the LGBTQ struggle, and loss. Their debut album Lost at Sea, is out and making a splash and having immediate impact with people from all walks of life. Touching, endearing, and soulful, Lost At Sea metaphorically paints the picture that we are all lost at sea in so many aspects of life…both good and bad.

About They Won’t Win – Danny & Greg

Led by Danny M. Cohen and Greg Lanier, They Won’t Win doesn’t shy away from the tough issues with their first studio offering. Lost At Sea is filled with soulful tracks that take a deep-dive on topics like coping with loss of friends and loved ones and the grief that follows, falling in love and heartbreak, struggling with acceptance within the LGBTQ space and outside of it, and same-sex partner physical abuse – in fact the album serves as a coming-out of sorts for Lanier who reveals he is an abuse survivor. While the album is peppered with difficult themes it is also teeming with redemption, pride, and love. More than a roadmap to the LGBTQ experience, it is a roadmap to the human experience.