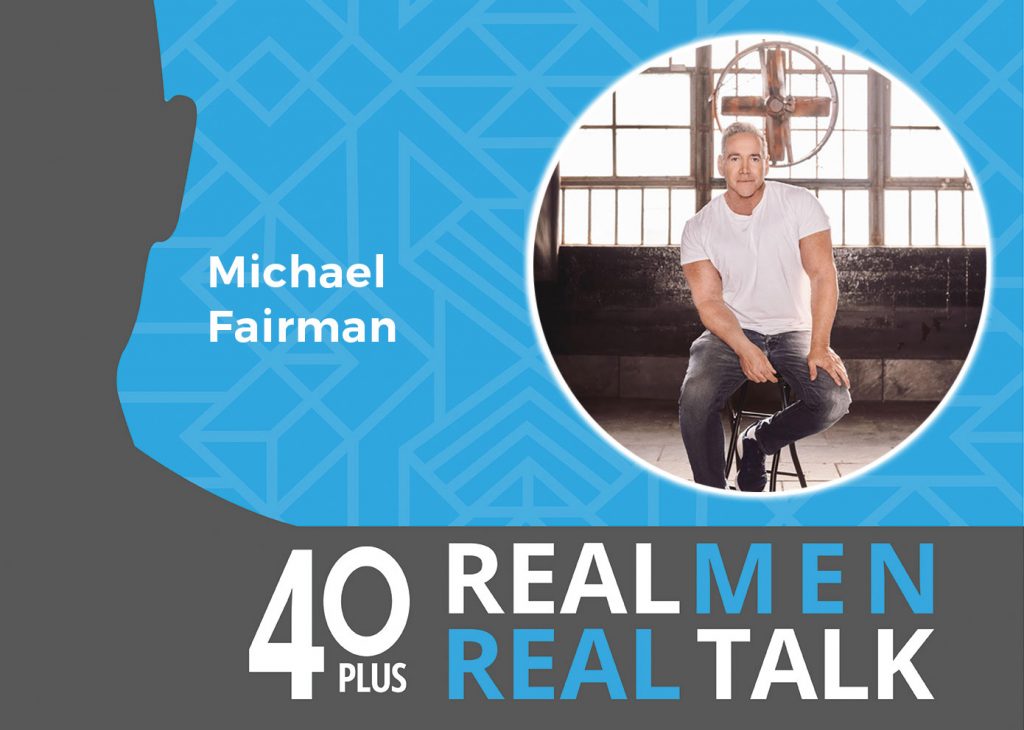 It’s time to take a stand against ageism. No more saying, “You’re to old!” You’re only as old as you buy into the voice in your head. But, you have to believe that too. Breaking the barriers as an artist, Michael Fairman is as a ‘Boomer’ signer, songwriter, giving the young pop singer crowd a run for their money. His 40 Plus Real Men. Real Talk. story is not only about being a 40+ man, but also about being a ‘Boomer’ gay man who is going to use his voice to entertain, even when people say, “That’s nice,” which is code for “Good luck with that boomer, you’re to old for the music industry.”

He’s not buying into that thought and he’s proving the doubters wrong with his new single, “Other Side.” This is his 40 Plus: Real Men. Real Talk. story.

Michael Fairman grew up in Milwaukee, Wisconsin where music was always his passion and first love. As a teen, he released his first recordings through a small label in Chicago. Once he graduated high school, he moved to Los Angeles and eventually to New York to pursue his career as a recording artist. He formed a band with some of the top studio musicians in the city, performed in rock, pop, and soul clubs, recorded, and tried to get the A&R reps out to his showcases in order to get signed by a label. Between the financial drain, and the disappointment of not having key people show up to his gigs, Fairman eventually felt burned out and needed a major change. He decided to put music on hold and move back to Los Angeles where he began a career in TV Production and entertainment journalism.

Michael Fairman is after what his name implies: a fair chance. He is out now with “Other Side,” his mid-tempo pop/soul track about ageism, personal struggles, and finding ones inner-strength to face adversity and ultimately triumph. He cowrote the track with engineer and producer, Kyle Mangels, in hopes it might inspire those over 35 into action. “For years now, I have been told, ‘You’re doing music? You sing? How nice!’ when what was really meant was ‘Good Luck with that boomer, you’re too old for the music industry,’” he explains. Fairman says he understands that pop radio is targeted to those under 25, skews female, and that there are only a few coveted spots for artists. Many amazing talents – both younger and older – simply don’t get the airplay they deserve. He hopes to be the artist to break that barrier, because the music he performs and writes is similar to that being played on pop radio and in dance clubs right now. “I have a point of view and a unique vibe and sound to share, and I hope listeners will give me a chance.” Michael Fairman’s “Other Side” is being distributed independently and is available on Apple Music, Spotify and all major music digital platforms.

Join the 40 Plus Men’s Chat’s. Learn about about – Click Here!